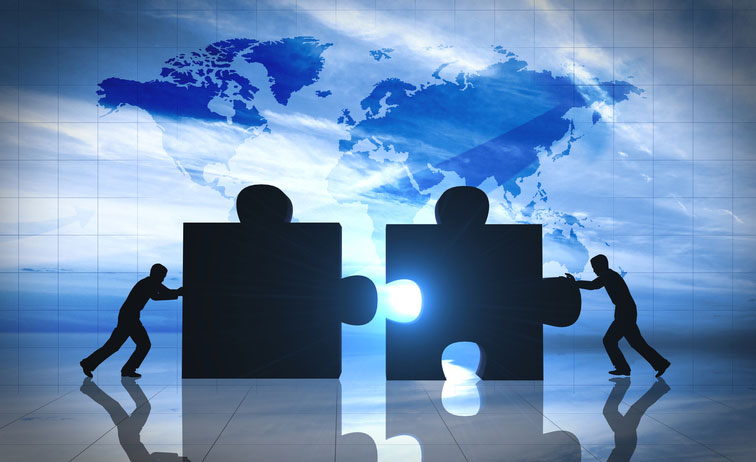 During the now-infamous $35 billion Sprint-Nextel merger of 2004, things didn’t go as smoothly as the execs might’ve hoped. The merger would make Sprint the third largest telecom company in the world, and was supposed to level the playing field and give them a greater piece of the market so they could run alongside the big dogs, AT&T and Verizon.

Top executives believed the individual strengths of both companies would blend well and complement one another. At the time, Sprint was a solid leader in wireless data communications, and Nextel held a niche market with its walkie-talkie phone service primarily aimed at business customers with large accounts.

But there was something missing from the equation; something that wasn’t factored in during the number crunching phase. It’s easy to count the valuation of services, contracts in place, customer base, and hard dollar figures. What isn’t so easy to calculate – or predict – is how individuals within the companies will behave under the inevitable stress and change that occurs when two massive entities attempt to unify under a common corporate hierarchy with a homogeneous corporate culture and common goals. Would they play nice with each other?

What Can Go Wrong When Two Corporate Cultures Come Together

Respect, feigned or otherwise, may be easy enough when an employee is introduced to a new boss, but mutual trust and respect aren’t always automatic when introducing two equals. Like shaking up two bugs in a jar, the natural response tends to be for employees in a situation like this to feel like the stability of their jobs are threatened; not exactly something that’s going to foster a feeling of camaraderie and a cooperative team spirit.

Think of this merger as laid back surfer dude meets wall street financier. That was the kind of culture clash that took place when the two companies came together. Nextel brought a casual, dress-down-Friday daily kind of vibe. Sprint on the other hand, was an all business, Monday to Monday, suit and tie, no nonsense group.

One former worker – post merger – put it like this, “What a mess! The girl throwing up in the toilet from stress. The arrogant men who didn’t work, just talked about how smart they were. The favoritism and crushing hatred, cliques, superiority. . .Worst place ever. I still have nightmares.” Just four years later, in 2008, Nextel’s valuation had fallen by 80%. By most accounts, the merger was an utter failure.

Sprint and Nextel aren’t alone. According to the Society for Human Resource Management, one third of all corporate mergers are destined for failure, and not necessarily because the ledgers don’t add up. All the numbers in all the columns can line up beautifully, making a merger look like a sure bet, but when you don’t consider how the workforce will behave when all the desks are moved and offices reassigned, you may be missing one of the most important pieces to the puzzle: culture clash. And at the heart of culture is human behavior.

Human behaviors are relatively stable by the time we reach adulthood, a fact that makes trying to change those behaviors far more challenging than working with kids who have behavioral patterns that only go back a year or two, not decades. When there are billions of dollars at stake, unmanaged behaviors can become a virtual landmine of problems that can level even big companies like Sprint. Case in point: Sprint and Nextel’s combined valuation was $71 billion in 2004… and now, in 2017, hovers around $32 billion.

What Can Leadership Do to Mitigate Corporate Culture Clash?

Companies that makes use of ABA techniques are likely to have a better rate of success than those that don’t – not only during a merger, but also as a part of daily operations. After all, companies are just a bunch of people who have to work alongside one another, get along, and trust each other. At the most fundamental level, everybody’s in it for their own personal gain, whether we’re talking about workers earning a wage or top execs pulling seven figure salaries. The key is to take the natural drive everyone has to satisfy their own personal needs and wants and put it to work in a way that serves the organization’s goals.

During a merger you suddenly integrate two separate groups who don’t know each other and who haven’t had a chance to develop any mutual trust, all under circumstances that would make anybody feel less than completely comfortable. Add to this some differences in work styles, new personalities that everyone has to adjust to, and a lack of clarity about the new hierarchy, and you have a formula for corporate chaos.

But by using the classic ABCs of ABA – Antecedents, Behavior, Consequence – leadership can take advantage of the same situation to improve morale and reinvigorate staff.

First, leadership must articulate to staff a clear plan of where they are taking the company over the long term. Seeking long term behavioral change requires real vision, and this vision needs to be shared openly with employees. But a merger isn’t all rainbows and sunshine, and everybody knows it.

Nothing is more frightening to an employee than sudden change. Each day they go to work, they establish a routine, they know what to expect when they arrive, they have integrated themselves into the company culture… Sounds kind of like a child on the autism spectrum who can easily be shaken up by a change in their routine, huh?

Leadership needs to identify what’s triggering problem behavior – feelings of instability, uncertainty about hierarchy, the potential for culture clash – and effectively allay the fears employees naturally have in a situation like this. Calming concerns and clarifying roles is one of the greatest steps a company can take toward successful integration.

Strong and confident leadership will help bring a feeling of stability and clarity of vision to all employees, much the same way an applied behavior analyst does when working with clients.

It’s all about identifying problem behaviors as they occur. You can’t do much to bring about behavioral change if you don’t know what’s going on behind cubicle walls and in break rooms, and you’ll soon find yourself working uphill to correct the situation if those problem behaviors are allowed to fester.

When one company dissolves another in the course of a merger, uncertainty is high and morale can be low. If leaders don’t recognize this fact and identify the problem behaviors that result, it doesn’t make problems go away, it only compounds the frustration and fear employees are experiencing. They feel it, they see it, they live it each day; so management needs to make it their business to be just as familiar with what’s going on. This can only be achieved through open dialog. A leader who creates an atmosphere of good communication keeps grapevine rumors in check.

Failing to identify and discuss issues leaves each individual to try interpret and understand the problems on their own – correctly or otherwise. That’s when finger pointing begins, alliances build, cliques form, trust fails, and watercooler wars ensue.

When long standing teams from either company are brought together and solutions are put in place to ensure everyone gels without all the silly acrimony and in-fighting that is so common in these situations, there is likely to be a learning curve for everyone involved.

When a newly formed team demonstrates they can work together to get the job done, it’s a good idea to seize on the opportunity to celebrate this as a success. Of course, it may seem absurd to throw a party when employees are simply doing what they’re being paid to do, but what you’re actually celebrating is the fact that they were able to work through the challenges of the integration process and focus on the common goal. ABA proves that rewards can change behavior… and besides, what could be better for morale and fostering a cohesive team spirit than a work potluck? It’s an easy and effective way to offer a reward that reinforces the behaviors that management expects.

Conversely, simply relying on superficial tactics like rah rah posters, or trying to rally a cynical workforce with PowerPoint presentations is likely to be a lot less effective and actually more of a distraction in the middle of the workday.

Recently there were talks of Sprint merging with T-mobile. It will be interesting if history will repeat itself or if leadership can prove they’ve learned from past mistakes.