What’s the Difference Between Childhood Disintegrative Disorder and ASD? 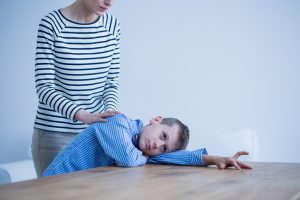 Childhood disintegrative disorder is a condition that no longer officially exists, having been eliminated and absorbed into the larger category of autism spectrum disorder with the release of the 5th edition of the Diagnostic and Statistical Manual of Mental Disorders, or DSM-5.

CDD was originally described and diagnosed long before autism, however, and some parents and clinicians still find it useful for describing a variety of autism spectrum disorder (ASD) that comes on relatively late and very rapidly compared to other types of ASD.

Because of the way it hits, families with kids meeting the traditional symptoms of CDD have extra challenges in dealing with ASD on top of the already communication, social, and behavioral problems that come with the disorder.

In 1908, 35 years before Leo Kanner first described autism in the United States, an Austrian teacher named Theodor Heller noted that a number of his students fell into completely normal patterns for infant development before suddenly and rapidly deteriorating into what we now recognize as classic autism symptoms after the age of three. The regression could happen over the course of months, weeks, or even days. Heller called this condition dementia infantilis, but others later began to refer to it as Heller’s syndrome.

Despite his early recognition of the pattern and description, Heller’s syndrome was not widely recognized and was overshadowed by Kanner’s work on autism and Hans Asperger’s investigations into the syndrome that would later bear his own name. Through the 1970s and 1980s the symptoms of CDD were generally lumped in with various non-specified developmental disorders or childhood onset autism.

But in the early 1990s, the Diagnostic and Statistical Manual of Mental Disorders version 4 (DSM-4) and the International Statistical Classification of Diseases and Related Health Problems version 10 (ICD-10) both pulled Heller’s syndrome out separately again and classified it as CDD.

The primary differentiation from classic childhood onset autism was thought to be the delayed and rapid onset. While many autistic children begin to show symptoms before two year of age, many CDD patients didn’t develop symptoms until they were four or even older. Also unusually, the symptoms came on very rapidly, with fully functional, typical kids losing their speech in a matter of days and developing the other communication, social, and behavioral issues common to autism.

This made CDD a particularly frightening diagnosis for families to face.

In 2013, however, the release of the DSM-5 made CDD’s official recognition in the psychiatric field short-lived. Acknowledging the similarity of the symptoms and the equally mysterious sources of the disorders, DSM-5 did away with CDD (and four other disorders, including Aspergers, that had previously been grouped with it in a category known as pervasive developmental disorders) and replaced it with the continuum diagnosis now called autism spectrum disorder.

Most children who previously would have been diagnosed with CDD fall into the low-functioning range of ASD. Their rapid onset symptoms are alarming and usually severe, but their difficulties and the available treatments are otherwise identical to ASD. Applied behavior analysis (ABA) remains one of the few scientifically validated treatments for the condition and the individualized approach that ABA therapists bring to each patient allows them to distinguish and treat their particular set of challenges directly.