Why is ASD Often Associated with Aggressive Behavior? Anger & Autism! 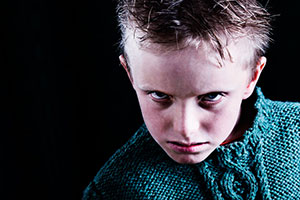 Izzy was diagnosed with autism spectrum disorder at the age of 3. Like many parents whose first child is autistic, Izzy’s parents missed many of the early signs—delayed speaking skills, lack of eye contact and interaction. When their pediatrician suggested a formal evaluation, they were resistant. But as the girl grew older, her tantrums and inability to communicate or make a meaningful interpersonal connection became too much to brush under the rug any longer.

At home and at her specialized daycare, Izzy’s caregivers learned to manage her outbursts. But when she started preschool at age 4, she entered a new and confusing world with larger classrooms and instructors who were not equipped to deal with her needs.

She started to throw books and hit teachers. A tantrum could end up with baskets of toys flying across the room. At recess, kids and playground aides had to be particularly wary because rocks were Izzy’s projectiles of choice.

Autism Can Involve Elevated Aggression Levels But The Sources Are Unclear

Aggression is not itself a symptom of autism and not all ASD patients are aggressive. Studies vary on how prevalent aggression is in ASD cases. A 2010 survey found that 68 percent of children with ASD showed aggressions toward caregivers, while 49 percent were aggressive with non-caregivers. A 2014 study, however, found that somewhere in the neighborhood of 25% of children with autism will also show aggressive behavior, such as throwing objects, hitting people, or intentionally breaking things – numbers that are troubling for caregivers and advocates and a major concern for parents and teachers who have to look out for the safety of siblings and classmates.

The studies also indicate that symptoms of aggression often overlap in patients with extreme anxiety and attention deficit issues.

Aggression is most common in ASD patients with low IQ scores but only a moderate level of autism symptoms.

The underlying elements leading to aggressive behavior in ASD patients are not well understood. There may be some biological connections related to the differences in brain structure that are known to exist in autism cases. A 2017 study from Brigham Young University compared MRI scans between two groups of ASD patients and found that among the group that exhibited problematic levels of aggression, brain stem volumes were lower. This suggests a core, autonomic connection between the disorder and aggressive behaviors.

There are also a number of underlying elements common to the disease that can lead to anxiety and frustration, and the aggression that often follows. Social and communications difficulties are some of the core symptoms of ASD, and are often the source of the kind of intense frustration and anxiety that results in a meltdown. Worse, without the usual array of verbal and non-verbal communication skills that are available to neurotypical people to use to explain their thoughts and feelings articulately or otherwise work out problems, one type of behavior that is almost guaranteed to get a response is… you guessed it, aggression. When they are unable to communicate their thoughts and needs normally, autistic kids may learn early on that hitting or yelling is one way to get a message across.

Dealing With Aggression In Autistic Patients

Aggression is one of the more common behaviors in autistic individuals that ABAs are asked to address- if for no other reason than because these issues have the biggest potential for harm, to the autistic individual and to those around them. Because aggressive behaviors can be among the most disruptive, and even the most dangerous ways ASD expresses itself in patients, it rises to the top of the list as the number one priority for parents, teachers and ABAs.

Applied behavior analysis has become the treatment of choice for autism but it has also long been an option for treating aggression, both in ASD and neurotypical patients. A 1999 study shows that using variable and delayed reinforcement techniques to curb aggression and impulsive behavior were effective.

Recently, combined treatments that include both elements of ABA and medications have been found to be effective in treating patients with aggression issues.

But in Izzy’s case, ABA therapy by itself helped her and her family turn the corner. A telehealth pilot program that brought a skilled ABA into Izzy’s home via computer to provide treatment remotely helped her learn to develop coping skills that improved her self-control and minimized her aggressive outbursts. Izzy’s case is an example of a success story that owes its happy ending to ABA interventions coupled with on-going involvement from parents and teachers who worked to provide consistent feedback.