How is IQ Testing Handled When Working with Children with ASD? 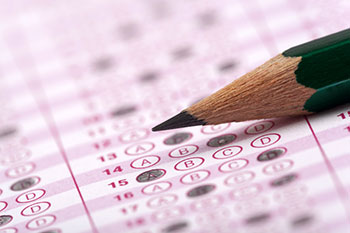 The links between autism spectrum disorder and intelligence are fascinating and complex but the methods used to establish those connections in the first place are a point of contention for applied behavior analysts (ABAs) and many other involved in autism treatment.

So testing a person’s intelligence is a little difficult even when that person is not on the autism spectrum. IQ tests have struggled over time to develop tests that genuinely measure intelligence without relying on proxies such as knowledge, verbal skills, or that require foreknowledge of basic cultural conventions.

For example, as pointed out by Malcom Gladwell in a 2007 New Yorker article, many of the questions in traditional IQ tests presuppose particular perspectives on the world that are less related to intelligence than to culture and experience.

This became apparent in an experiment in which Liberian tribesmen were given questions from the Weschler IQ test asking them to categorize groups of food, tools, and clothing. While a Westerner would “correctly” place the food in one basket, and tools in the next, the Liberians, according to their own sense of the world, put tools together with the food items they would use them with—a knife with a potato, for example.

The same issue applies to testing autistic patients, who may have a considerably different worldview simply based on the unique perceptions they experience.

IQ Testing Has Evolved Over The Years

The Weschler Intelligence Scale remains one of the most popular IQ tests. Originally designed to measure intelligence in adults and older adolescents, more recent editions have included a test designed specifically for children.

Most modern IQ tests have taken steps to improve their accuracy by viewing different cognitive abilities separately. The Weschler, for example, incorporates four index scores and two broad scores into its scale:

These multidimensional tests provide a more nuanced perspective on the actual capabilities of the individual being tested than the general intelligence score previously offered.

It’s important to note that even psychologists that use IQ tests do not assume that test results correlate directly to human intelligence. In addition to requiring expert interpretation for scoring, it’s also implicit that IQ scores not be used for purposes outside their range of validity. For example, attempts to use IQ to determine what therapeutic approaches to use with ASD patients would fall flat—there can be tremendous functional and perceptual differences between two different individuals who both happen to have the same IQ score.

Also worth noting is the fact that IQ measurements can fluctuate during our formative years. A 2011 study published in Nature magazine showed that not only could IQ scores change by up to 20 points in individual teenagers over a 4-year span, but that there were accompanying changes in brain structure that showed the changes were not simply scoring artifacts.

It’s not surprising that IQ testing for individuals with ASD is even more complex and controversial.

Since verbal skills deficits are one of the key symptoms of autism, IQ testing that relies heavily on those skills for the assessment normally falls flat. Historically, IQ tests have been built assuming age-appropriate language skills. But with their delayed verbal communication development, these tests routinely showed autism patients as being less intelligent.

Weschler and other mainstream IQ tests have attempted to adapt to this issue by incorporating more non-verbal sub-components. There are also a number of test batteries expressly designed for non-verbal test-takers.

These tests, however, remain the best way to measure IQ in ASD patients.

TONI looks at tool use, cause and effect, problem solving, and adaptive skills in the test-taker… all while removing the influences of language, hearing, or motor impairments and not assuming any prior cultural knowledge. This, in theory, allows an adequate assessment of IQ even for ASD patients.

Applied behavior analysts might be interested to know that some of the earliest IQ testing was more analogous to the functional behavior assessments (FBAs) they still perform today than to strictly defined tests. It was thought that the most accurate assessment of intelligence could be established through observing the behaviors of people in their everyday lives… a theory that the modern field of applied behavior analysis continues to support in practice.

Today, no ABA is likely to trade in an FBA for an IQ test, regardless of the test design. However, IQ testing remains common among the diagnostic tools used in the medical community. Specific results—even more so than the overall score—can still help inform an ABAs evaluation of an ASD patient.