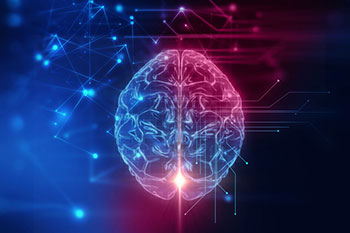 There have been theories about underlying connections between autism and intelligence for years. The stereotypes of the autistic genius were cemented in our collective psyche with the 80’s classic movie Rain Main, a story inspired by the real-life autistic genius Kim Peek. But the connection goes a lot deeper than that, and the history of that connection goes a lot further back too. In fact, some modern psychologists theorize that illustrious scientists such as Isaac Newton and Albert Einstein might have been autistic.

A handful of years ago, Cambridge University undertook a study to explore the concept of the autistic genius. The study looked at almost half a million people and uncovered intriguing evidence that autistic traits (although not necessarily full-blown autism) are more common among people involved in the science, technology, engineering, and math (STEM) fields… careers historically requiring quite a lot of brainpower.

This doesn’t prove any connection between autism and intelligence, let alone a causative one connecting autism with high IQ, but other research has gone further.

Another study that same year uncovered a likely genetic link between autism and intelligence, even the kind of extreme intelligence that we could call genius. That study, led by professors from Ohio State University in collaboration with the Battelle Center for Mathematical Medicine and the Research Institute at Nationwide Children’s Hospital concluded that families that were more likely to produce autistic children were also more likely to produce geniuses.

Unreliable and Biased Tests May Have Underrepresented Autism Intelligence

In the decades before autism was officially recognized and diagnosed, most autistic patients were relegated to general diagnoses that included intellectual disabilities, and in milder cases, learning disabilities.

But the true links between autism and intelligence are more complicated and much more fascinating.

Today, autism is considered a neurological disorder separate from intellectual disabilities. Among the general population, intellectual disability rates run at about 1 percent; among ASD (Autism Spectrum Disorder) patients, the rate is closer to 40 percent according to the Center for Autism Research.

In addition to having a much higher correlation, there is a lot of speculation that the two conditions may have a causative relationship. Contributing to this belief is the fact that there are well-established connections between other genetic syndromes and intellectual disability – Fragile X, Rett’s, and Down’s Syndrome, among others.

However, establishing these numbers and correlations is complicated because the standard methods of IQ testing are not necessarily effective with autistic individuals. More than a decade ago, a study called the Special Needs and Autism Project (SNAP) led by the Department of Psychology and Human Development at the Institute of Education in the UK, concluded that the links between autism and intellectual disability were less common than had been historically assumed.

In fact, when autism was first diagnosed, the link between the disorder and intellectual disability was called into question almost immediately. Leo Kanner, the Johns Hopkins’ psychiatrist who is credited with first describing the condition, did so in part because he suspected that the social and communication difficulties of some of his patients were masking their true intelligence as assessed by standard measures.

Modern IQ tests are more accurate and may make use of techniques to assess intelligence without inadvertently being thrown off by autism symptoms.

But the jury is still out on whether or not autism itself contributes to intellectual disabilities. In fact, there is almost as much evidence that the correlation could be in the opposite direction.

Other studies have found that different cognitive processes could be affected in high-IQ individuals with ASD, potentially creating the likelihood that their intelligence is underrated on standard tests. This trend may be under-recognized in the ASD population.

A study led by Radbound University Medical Centre and the Donders Institute for Brain Cognition and Behavior in the Netherlands found that high-IQ autism patients consistently performed worse relative to a non-autistic control group with the same IQ range on cognitive tests, while low-IQ ASD patients performed on par with their neurotypical counterparts.

The importance of that finding for ABAs is that the cognitive deficits in high-IQ ASD patients may have underlying causes that are not rooted in the syndrome itself. They may benefit more from therapies targeting cognitive skills specifically.

But the study also cautions against equating high-IQ ASD with high-functioning autism. ASD patients with any IQ can have different functional capabilities, which is part of the reason that ABAs routinely conduct individual functional behavior assessments of their patients, regardless of any other test the patient may have undergone in the past.

Dealing with low-IQ ASD patients creates other challenges, but challenges that the ABA toolset is well-equipped to confront. Patients of this sort may be less responsive to conditioning that requires astute perception and understanding, but many ABA therapies, such as discrete trial training, can break down the therapy into as many simple steps as are required.

At the end of the day, the ABCs of applied behavior analysis (Antecedent – Behavior – Consequence) can be applied even with profoundly low-IQ ASD patients. The ultimate improvement they’re capable of achieving may be far lower than it is for high IQ patients but the technique remains the best treatment for autism available.

How Differences In Brain Structure Could Result in Autism Intelligence

In one sense, it should be no great surprise that a disability arising from fundamental differences in brain structure, such as ASD, could correlate to another quality based on brain structure. Yet it continues to be mysterious that one syndrome could result in such radically different outcomes in different patients.

MRI investigations comparing the brains of ASD patients to neurotypical control groups unearth a number of differences in activity within the areas of the brain commonly used for social communication and repetitive behaviors. In the case of autistic savants, those areas are apparently repurposed to perform other feats of intelligence.

Understanding why this happens in some cases but not others is simply another line of inquiry in attempts to understand the mechanisms of autism. It is not, however, something that therapists or families working with autistic patients should become obsessed with.

More and more research is showing that ASD patients are closer to a normal range in both respects than was previously thought. Dealing with each patient as an individual, with their own capabilities and deficiencies, is the core of the functional behavior assessments (FBAs)that applied behavior analysts use to assess behavior deficits and develop treatment plans. In time, the appropriate therapies may prove to both expose and help develop the underlying intelligence of ASD patients. 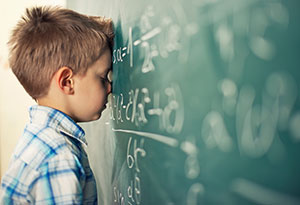 One of the enduring mysteries of autism is that the syndrome is just as often associated with the increased likelihood of genius as it is with cognitive challenges.

How is it possible that one disorder could take people to both extremes?

Historically, most patients with ASD were viewed as also having below-average intelligence. The limitation of past methods of IQ testing was that it was based solely on verbal communication skills. As more sophisticated IQ tests were developed, it soon became evident that previous assumptions about intelligence and ASD were flat wrong in many cases.

It’s long been known that a subset of ASD patients will show extraordinary gifts in mental acuity and computation. These autistic savants exist at the other end of the spectrum, exhibiting feats of mental intelligence that the neurotypical can only marvel at.

Of course, the syndrome results from alterations to brain structure that still aren’t well understood. The potential for those structural changes to yield genius or below-average intelligence is also still shrouded in mystery.

For applied behavior analysts, this creates a challenge in adapting to enormously different types of behavior from patients at either end of the spectrum.

Although the behavioral issues of all ASD patients tend to fall into similar categories, such as communication challenges, difficulty in social interaction, and repetitive behaviors, the underlying issues may vary according to the intelligence of the patient.

ABA is not just used to treat ASD, however, and ABAs with neurotypical patients might have noticed something curious about some of them: even geniuses without an ASD diagnosis often have an unusual number of the symptoms of autism.

A Yale University and OSU joint study of eight child prodigies (three of which were diagnosed as having autism) found a number of fascinating parallels between the participants with ASD and the neurotypical participants. Both shared an inclination toward obsession, late development of verbal skills, and difficulties with social interaction.

Even more interesting, for a syndrome with known genetic links, half of the participants were found to have family links to ASD. In the general population, only about one percent of people have family histories of autism.

All of this suggests that perhaps the autism spectrum may be broader than the current diagnostic criteria for ASD specify—or that autism itself is a condition rising largely from atypical developments in regions of the brain responsible for intelligence.

Some even theorize that autism is the result of enhanced, but imbalanced, components of intelligence. In this view, the autism-high IQ connection is the result of a process that has run amok… in some cases becoming unbalanced to the point where it creates cognitive challenges, and in others tipping toward genius.

Though there have been studies that have begun to explore the implications of this, at this point it still remains a hypothesis. But there continues to be mounting evidence that ABAs working with individuals across the ASD spectrum and outside it can benefit from understanding the apparent relationship between intelligence and the behavioral symptoms they are presented with.

Interested in working with ASD patients? Learn how to become an ABA therapist!