Who Was BF Skinner? 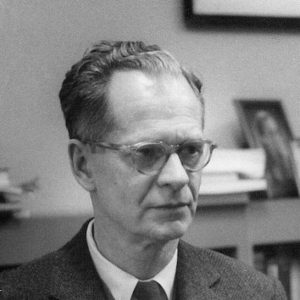 B.F. Skinner was a Harvard-trained psychologist and writer whose works revolutionized the field of psychology and led to an understanding of human motivations and behaviors that has changed how society views everything from prisons to child-rearing.

Skinner considered free will to be an illusion. Instead, in his view, all action was a consequence of conditioning. Conditioning behaviors could be accomplished through the principles of reinforcement and punishment: creating consequences that encourage or discourage particular actions.

The key difference between radical behaviorism and previous or alternative views of behavior is that Skinner’s model didn’t include looking at factors that aren’t immediately obvious and observable. What you thought, how you felt, what memories you had… none of those things mattered according to radical behaviorism.

The only factors Skinner looked at were the functional aspects of behavior that an outside observer could actually monitor and manipulate. In simplest terms, this meant offering a child ice cream as a reward for cleaning their room, or not allowing them to have it if they refused to.

Although, just as he stated, this was absolutely a radical approach, it freed Skinner up to experiment and observe the effects of reinforcement without being distracted by any unobservable factors.

From Birds to People, Skinner Demonstrated the Use of Operant Conditioning

Skinner started his work on proving these theories with pigeons, training them to perform various actions or peck at certain levers to access food.

Skinner caught a lot of flack for his initial focus on punishment as reinforcement. To test his theories on birds and other small animals he developed the now-famous Skinner Box: a chamber in which an animal could be isolated and discrete stimuli be applied without external interference. The box included a light, speaker, a food dispenser, and a lever that could be pressed by the occupant. It also had an electrified floor grid through which shocks could be administered.

In time, his work with birds became successful enough that he proposed to the Navy that they create pigeon-guided missiles during World War II – a one-way trip for the pigeon, obviously. The training program was successful (among other things, the birds became fairly decent ping-pong players), but, as was often the case in his career, Skinner had trouble getting anyone to take him seriously.

But it was when he took his ideas about behavior and conditioning and applied them to humans that Skinner found most of his success.

His idea of operant behaviors allowed for an explanation of more complex human behaviors that had never been explainable under classical models. Skinner came up with the idea of chaining, a condition in which a number of behaviors were combined and reinforced as a set.

Controversy Followed Skinner Throughout His Life

Although he had clear success with experimentation there were criticisms of his experimental design and testing techniques. In particular, linguist Noam Chomsky eviscerated Skinner’s behavioral interpretation of language development and use. His early use of punishment as a primary motivator also colored the remainder of his career, though he swore it off early on and thereafter advocated only positive reinforcement techniques.

People were not generally thrilled to hear that free will was an illusion and that they were simply a bundle of reactive reflexes stemming from environmental stimuli and response, either. Although Skinner himself never advocated the use of operant conditioning tools to manipulate behavior, he was the one everyone pointed fingers at when other researchers used them in attempts to deprogram homosexual behavior—sometimes even using shock therapy.

Although Skinner’s ideas created controversy, they were ground-breaking. In 2002, the American Psychological Association named him the most influential psychologist of the 20th century. Only days before his death in 1990, the Association gave him a lifetime achievement award—rare recognition for someone in the field.

His views have also had enormous influence on educational theory – and we’re not just talking about the fact that Principal Skinner from The Simpsons was named after him. Skinner viewed all learning as a type of behavior, and therefore it was something that could be modified through operant conditioning. In fact, much of the modern theory of positive reinforcement in teaching stems from his theories. Providing immediate feedback, breaking tasks down into small steps, and engaging in repetition are all part of Skinner’s educational precepts.

Skinner Hoped to Save the World from Itself

Skinner had bigger aspirations for radical behaviorism, though. Later in life, he published books suggesting that society’s emphasis on autonomy and individual freedom were the source of many of its ills. A scientific approach to society, he argued, could eliminate war, crime, punishment, and other forms of social strife. Managing the behaviors of an entire populace could be accomplished by reinforcement on a cultural level, just like changing individual behaviors on a personal level.

Although his ideas never caught on at the level of governance, they have filtered through popular culture to become so broadly accepted that most people don’t even know where they came from. The basics of operant conditioning—rewarding desired behaviors and punishing undesired behaviors consistently—are simply seen as common sense today.

Skinner’s radical behaviorism laid the groundwork for applied behavior analysis (ABA). His conception of testing behaviors experimentally and analyzing them strictly on the basis of effective actions mirrors the ABA emphasis on function over form.