Why are Boys More Likely to Have Autism? 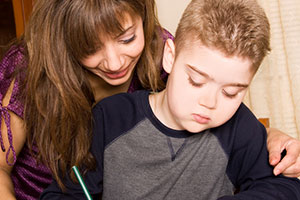 There has been something unusual and inexplicable about autism from the very beginning. When psychiatrist Leo Kanner was conducting some of the first studies that led to a formal diagnosis for the syndrome, he noticed something strange about his test subjects: there were more than four times as many boys that showed symptoms as girls.

Kanner’s initial observation has been confirmed repeatedly in autism spectrum disorder research over the years. Between four and five times as many boys as girls are diagnosed with ASD each year, and the same has been true for as far back as there are records. Through the modern surge in diagnoses and the intensive investigations into this phenomenon that followed, that ratio has remained relatively static.

Why are boys apparently more susceptible to ASD? With the causes and origins of the disorder themselves still only vaguely understood, it’s hard for scientists to provide a definitive answer to that question.

But recent research has begun to open up some hypotheses about the issue that might shed light on both autism and on some of the basic and ancient differences between the male and the female brain.

Autism Has Always Been A Disorder For Boys

Hans Asperger, a German researcher who developed a theory of autism separately but in the same time period as Kanner noted in some of his initial observations that the symptoms themselves appeared to exhibit an “extreme variant of male intelligence.” In fact, one variant of the spectrum – Asperger Syndrome – got its name from this very researcher since he was believed to have suffered from it himself.

Today, as gender identity and equality have become loaded political questions, such a statement would immediately draw fire. The suggestion that either sex might be innately cognitively inferior to the other—even if only in particular realms—is subject to much debate today. And the conception of intelligence itself remains difficult to define unequivocally, leaving perceptions of it open to different interpretations.

Researchers have long known that at the most basic level, there are differences in the male and female brain. Male brains tend to be disproportionately larger than female brains. On standard IQ tests, men and women consistently test to the same average score—but that is by design, since the tests are structured to elicit an average of 100 among the general population. When IQ tests were first being developed, girls routinely scored higher than boys up until around the age of 14.

What can’t be easily accounted for is the fact that males have a far higher variation in scores: There are more men than women at the top of the scale and at the bottom.

Despite having the same overall average, within some components of the overall IQ test there are differences in scores between men and women. Interestingly, different tests have found that women tend to score higher on verbal abilities while men outperform on visuospatial abilities.

Taken to extremes, of course, this almost perfectly describes one of the core symptoms of ASD: deficits in verbal communication. When paired with the fact that men also typically score higher than women on math and analytical analysis problems, it’s easy to see a pattern that neatly reflects the typical ASD patient of either sex.

So if men are already inclined to be less skilled at verbal communication, is this what makes them more susceptible to autism?

A Variety of Possibilities May Link ASD To The Male Brain

According to some researchers, the reason is that autism is an excessive expression of those aspects of brain development that are already pronounced in the male brain. The extreme male brain theory posits that it is an overdevelopment in the male traits of cognition that causes ASD patients to over-systematize, leading to a breakdown of verbal and social capacities.

Some studies have found correlations between fetal testosterone levels and ASD.

On the other hand, researchers in Canada in 2010 undertook a genetic study of ASD patients and found that around one percent of the males tested had a particular mutation in a certain gene on their X-chromosome. If the mutation were found to be linked to ASD it could explain some of the preponderance of ASD among boys.

And even more recently, scientists in Germany found a positive correlation between a thin cortex and the likelihood of an ASD diagnosis. Since women reliably have greater cortical thickness than men, this could indicate that the male brain is simply more vulnerable to whatever structural changes bring about ASD.

The search for a definitive answer as to why more boys than girls suffer from ASD is only one aspect of the larger search for the causes behind autism and is not likely to be resolved until that central mystery is itself cleared up.

In the meantime, for applied behavior analysts working with ASD patients, the likelihood that most of them will be boys isn’t going to change anytime soon.