How Do You Identify Signs of Autism in Young Children? 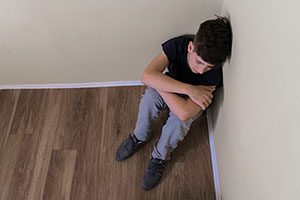 Kate was born eleven days late after a normal pregnancy and had some of the typical infant issues: a little colic, some problems sleeping through the night. She had an older sister, so her parents were familiar with the pattern.

But something else was different with Kate. They couldn’t seem to connect with her like they had with her sister. She didn’t make eye contact. The sounds she made, as a baby, were different. She didn’t respond when her name was called—a hearing deficit was discovered and surgically corrected, but it didn’t change the issue.

By the time she was two, it was becoming clear that there were other sensory and developmental problems. A family member who worked in speech therapy gently broke the news to her parents: the signs she showed were some of the early indicators of Autism Spectrum Disorder (ASD).

Most parents find out about their child’s disorder in a similar fashion. However, it can be difficult for many new parents to identify autism symptoms because those symptoms can vary considerably and even overlap with other disorders or even with unusual behaviors that are nonetheless found even in neurotypical children.

All autism symptoms find root in one of three different categories:

No single category or symptom necessarily means that a child has autism. However, a combination of these at least means that it is time to get a professional opinion.

Communication Difficulties Can Be Difficult to Spot

Because all children develop at different rates, communication-related symptoms can be some of the hardest for parents to spot. A general delay in the development of speech and language skills can simply be put down to normal variation. But other communication problems are easier to spot:

In older children, communication issues can also be signaled by the inability to carry on a conversational thread and being unable to recognize jokes or sarcasm.

Social skills are difficult for ASD patients to develop and some early signs of autism show up during periods when children would ordinarily develop these skills, usually before the age of two. Some social response indicators of ASD would include:

For many parents, it is the behavioral aspects of the disorder that first make it clear there is something very unusual about their child. These patterns can emerge long before communication and social skills normally develop and will tend to strike even new parents as odd. These things might include:

Although the signs mentioned above are all common in autistic children, they can equally be found in neurotypical kids or can even indicate an entirely different type of disorder. Without formal training, even the most astute observations from parents and family members can’t determine for sure whether or not a youngster is on the spectrum. If you suspect something is amiss, the next step is to consult a professional for a full diagnosis.

The CDC recommends that these screenings be conducted, at a minimum, at the ages of 18 and 24 months for all children. They may be performed by a:

Complete an Online Questionnaire to Get a Jump on the Assessment

As part of the screening, you will be asked to fill out a questionnaire that helps the professional begin their assessment. In many cases, you can find these questionnaires online and use them to assist you in your own self-screening at any time.

The medical professional you visit will use your answers to fill in some of the blanks in their own screening, since some symptoms may only manifest during certain situations.

The professional assessment will use a more detailed screening tool, in concert with interview and direct observation of your child. Because the DSM-5 (Diagnostic and Statistical Manual of Mental Disorders) criteria are to some extent subjective, the ultimate diagnosis will reflect the doctor’s professional opinion based on the totality of the evidence. There are no blood tests or other medical procedures that can provide a definitive diagnosis.

It’s also important to note that in all populations, the onset of ASD can occur earlier or later than the typical age range. Although most patients will exhibit symptoms while around the toddler stage, some will show them from birth and in other cases they may not develop until as late as 11 years of age.

Still, beginning treatment early using applied behavior analysis can be key to improving the quality of life and cognitive abilities of a child with ASD.

Don’t delay in seeking professional help if you spot autism symptoms in your child!