5 Creative Geniuses Whose Autism Contributed to Their Success 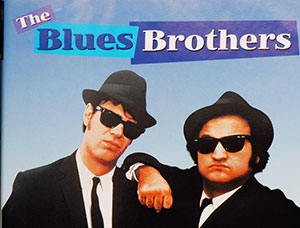 Do you watch American Idol as your favorite guilty pleasure and cheer along with the crowd when nobody’s in the room? … Ever pop in the timeless 80’s classics Ghostbusters or The Blues Brothers and start ranting about how ‘they just don’t make movies this good anymore?’ … Do you own a DVD of Edward Scissorhands, Pee-Wee’s Big Adventure, or The Nightmare Before Christmas? – um, er, for your kids, of course.

So– why are we quizzing you about prime-time TV, your kids’ favorite DVDs, and the most defining movies from your childhood?… Well, these creative works actually all have something in common: From the masterful minds behind visionary cinematic creations to your favorite pop idol reality show finalist – some of the most talented, creative, inspirational and fascinating people in the arts (and sciences) fall on the autism spectrum.

ASD doesn’t hold these creative geniuses back from realizing their potential. Far from it– it’s the very nature of the disorder that may have actually contributed to their genius.

Think of how amazing that is for just a second– a disorder often characterized by an inability to detect social queues and communicate normally with others could be the thing that helps inspire movies and songs that millions and millions of people relate to and that brings us all closer together. Now that’s something.

These celebrities are role models for autistic individuals all over the world and inspirations for us all, often before we even know they are autistic. Who are some of these creative geniuses?

Whether you’re an 80’s kid or a millennial, you’re sure to recognize at least a few of these icons of popular culture: