Top 5 Scientific Breakthroughs That Could Be Credited to Autism 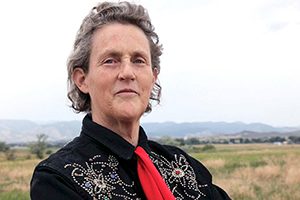 The world’s preeminent scientists – both and past and present – are often known for their quirks and eccentricities. It’s widely held that having a singular focus on a field of science effectively drowns out the desire to fit in, and results in a sort of general social obliviousness. This kind of thing has long been believed to be just an artifact of the scientific mind.

But could there be more to it than that?

According to a Cambridge University study that looked at 500,000 people, engineers, mathematicians, physicists, and inventors —some of the world’s brightest thinkers—often exhibit some autistic tendencies, even if they haven’t received an official diagnosis.

The study, led by Professor Simon Baron-Cohen, was actually an experiment that consisted of a questionnaire they called the autism spectrum quotient. The public was invited to complete this questionnaire, which had participants rate to what extent certain statements applied; things like: “I find it hard to make friends” … “I am fascinated with numbers.”

The study found that people in the STEM fields (science, technology, engineering and math) have minds much more predisposed to “systems-thinking,” and were far more likely to exhibit behaviors associated with autism than individuals in less technical professions.

So far, the findings show a link that is more corollary than causal, but the connection is undeniable.

The experiment falls in line with the behaviors of many of the world’s most famous scientists who, in addition to displaying a superb genius in their field, often exhibited symptoms that aligned with being on the autism spectrum.

While some of the great minds that made our list predate our current ability to identify and diagnose autism – in fact, predating the DSM itself by several generations – some of the traits they were known to have had coincide with characteristics common among those with autism…

Albert Einstein, the brilliant physicist best known for his general and special theories of relativity, revolutionized physics and our understanding of everything from gravity to energy. This made him perhaps the single most iconic and recognizable scientific figure, and certainly one of the most influential physicists of the 20th century.

But what many may not know is that Einstein actually displayed many signs that today might be recognized as autism spectrum disorder: He was nonverbal until he was four years old… and then he obsessively repeated sentences to himself until the age of seven.

While his intelligence was far advanced, he often had difficulty learning in school, largely due to struggles with social interaction. He was aloof and had tactile sensitivity to such an extent that it was reported he had difficulty with physical contact of any kind, even with his own kids.  His research was born out of an almost otherworldly ability to imagine and conceptualize the abstract. Who else could’ve presented the concept that light from stars bent around the gravitational pull of massive objects … or that space-time is like a fabric that could be folded and manipulated.

The Gravitational Constant Laid the Groundwork for Modern Physics…

In fact, he was credited with starting the scientific revolution itself in the 17th century. But with his genius came many traits that today would likely be associated with autism spectrum disorder.

While Newton was often described as quiet, according to many, he was downright reclusive at times, often barely speaking to others. When he did, small talk was difficult, and he had trouble holding basic, daily conversations. Like many individuals on the autism spectrum, he would often forget to eat when intensively focused on something, particularly when he was working. His difficulty making friends made him seem cold and aloof to many. If he were to give a lecture, his extreme obsession with keeping schedules meant that he would give the lecture, regardless of whether or not anyone showed up to hear it.

Because of his social ineptitude, Newton often preferred to isolate himself. Depression and paranoia were present throughout his adulthood, and he eventually had a nervous breakdown at the age of 50. Today, Newton would have been able to lead a much healthier, balanced life, thanks to our advanced understanding of both autism and mental health in general.

The Theory of Evolution and Natural Selection Revolutionized Biological Science…

The theory of evolution and the concept of natural selection as described beautifully in the seminal scientific work, On the Origin of Species, were Charles Darwin’s contributions to the study of biology. Not only is he credited with the biggest breakthrough in history in the scientific understanding of the ‘why’ behind the things we observe in nature … he also exhibited some behaviors that hint at the possibility of autism.

He was a solitary child who struggled socially. These struggles followed him into adulthood, where it was reported that he strongly preferred writing letters to having face-to-face conversations. In fact, many said he attempted to avoid social contact at all costs.

From the time he was a child, he was intrigued with how things worked, and he amassed a collection of biological specimens, including insects and shells. A number of biographies about his life even described him as obsessive-compulsive and ritualistic with the way he handled common tasks. Also, similar to many on the autism spectrum, Darwin was quite introspective and withdrawn and had a strong ability to observe and analyze. His singular, almost obsessive focus, was unmatched by any of his contemporaries – he’s said to have spent eight years studying nothing but barnacles.

Famed inventor and engineer Nikola Tesla was best known for the development of the alternating-current electrical system, the breakthrough that allows electricity to be transported over vast distances from a single, remote power station. Many would argue that Tesla is the real genius behind electrical science and engineering, far more brilliant than his mentor Tomas Edison, who supposedly stole from Tesla many of the ideas the history books give him credit for.

While Tesla’s brilliance speaks for itself and is clear in the research, discoveries, inventions, and literature he is credited with producing, it didn’t come without a shadow side. If he was alive today, many of his behaviors may have led to speculation that he is on the autism spectrum. Not least of which is the fact that he had an inordinate number of phobias, an extreme sensitivity to lights and sounds, and an obsession with the number three.

From the time he was a small child, he had an extremely long attention span, often obsessing over one project for long periods of time. His ability to envision things in his mind allowed him to actually visualize very complex machines and even more complex concepts generations before they became a technological possibility. Chief among these is wireless technology – something so ubiquitous now that we take it for granted was a completely fantastic, science-fiction-like concept when he first proposed it.

Temple Grandin is a biologist, educator, scientist, and autism advocate. This highly accomplished woman, now 70, is an Assistant Professor of Animal Science at Colorado State University and has enjoyed a successful career designing livestock equipment. Unlike the other scientists on our list, Temple Grandin was actually officially diagnosed with autism, and is an outspoken champion of the cause. She penned an autobiography, Emergence: Labeled Autistic in 1986.

Grandin said at just six months, she began developing signs of autism, stiffening in her mother’s arms. She said she would scratch at her mother, fighting the touch that other babies sought. Her senses were always heightened, noting that noises were always on “full, overwhelming volume.” She was totally nonverbal and didn’t make a sound till she was four. Her mother said she often wondered why her daughter screamed. Grandin said it was a result of knowing what she wanted to say but not being able to articulate it.

But at the same time, she developed an intense interest in smells. She also spoke of impulsive behavior and sudden bursts of rage. By the age of 3, she described her behavior as destructive and violent.

But she also had a superb ability to concentrate, which allowed her to drown out all the exterior stimuli and find peace in a world she often found hectic and chaotic. She said activities, such as letting sand fall through her fingers, would make her happy for hours. According to Grandin, “each particle of sand intrigued me…”