What Is High-Functioning Autism? 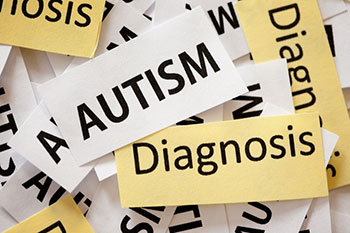 Our knowledge of neurological disorders, including autism, has grown exponentially in recent years, which is great news for treatment options for these individuals. We now understand that autism is a spectrum disorder, meaning that the severity of the condition can range.

Before we dive into what high-functioning autism disorder is and what it looks like, we first must understand autism spectrum disorder (ASD) as a whole.

Although diagnosed formally with ASD, people with high-functioning autism (HFA) often lead remarkably normal lives and have less difficulty assimilating into society than other ASD patients.

There is no technical medical definition for high-functioning autism, so the term is sometimes applied inconsistently. Most people consider HFA less an indicator of the relationship between autism and intelligence and more one of social skills. HFA patients may present as neurotypical or nearly neurotypical people with some slight behavioral tics. Their social skills may be underdeveloped but not markedly so.

Before autism became widely recognized as a distinct diagnosis apart from other mental disorders and we learned more about the signs a child might have autism, many high functioning autistics simply would never have been diagnosed with any affliction, but rather regarded as simply odd or eccentric.

There are three main levels of ASD:

Individuals with HFA may have lower than average verbal reasoning ability, empathy and social learning problems, and issues with obsessiveness. Although these issues, individually, may not rise to a level associated with traditional autism, collectively they still indicate an ASD diagnosis.

How is High-Functioning Autism Treated?

Because ASD varies so much between individuals, there isn’t a set recommendation when treating HFA. There are a few helpful therapy options available for those with ASD.

While most HFA patients might not have noticeable speech difficulties, speech therapy is still an option to help patients communicate clearly. In speech therapy, individuals can work on actual speech patterns, but they can also work on communication strategies to clearly demonstrate their thinking to others.

Occupational therapy focuses on how to use your body more effectively to make accomplishing daily tasks easier. Occupational therapy is a great option for Level 1, 2, and 3 ASD patients because the skills learned in therapy can be transferred to both work and home life.

Even high-functioning autistics can have trouble with fine motor skills, which is what physical therapy is designed to help. While they may be able to jump, walk, or run, they may benefit from sensory therapy to help regulate their emotions and mental state.

Applied behavior analysis (ABA) is an extremely helpful therapy for individuals with ASD. Because the behaviors of those with HFA might not look very different than behavioral norms, an ABA treating a case of HFA might not treat it much differently from how they would handle a person exhibiting inappropriate behaviors stemming from issues like excessive anger or depression.

Because ABAs will make a Functional Behavior Assessment (FBA) of each individual patient before building a Behavior Intervention Plan (BIP), they can evaluate for themselves whether the patient trends toward the high-functioning end of the spectrum and devise treatments accordingly.

A high-functioning autistic is more likely to understand, at least conceptually, social norms and the importance of complying with them. They can be more of a partner to their own therapy rather than a passive participant. In many cases, they are eager to adapt themselves to fit into social circumstances. This can allow ABAs to use the rule-based and obsessive tendencies of the HFA patient as part of their treatment!

While autism can’t be cured with medication (or any other treatment), some medications might make ASD symptoms, such as obsessive-compulsive behavior or anxiety, less extreme. Medication is an option for managing specific symptoms.

We continue to learn more about autism spectrum disorder and what these individuals need to succeed in life and relationships. If you’re passionate about helping children and adults with ASD, many careers focus on this discipline. Learn more about pursuing a career as an applied behavior analyst to improve the quality of life for patients and clients with ASD.