What are the Behavioral Extremes Seen on the Autism Spectrum? 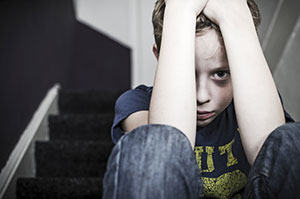 Autism has long been recognized as a disorder with wide-ranging ramifications and is associated with an equally wide range of problem behaviors. Applied behavior analysts working with autistic patients have come to learn that the best approach is to treat each individual client as a unique case.

The disorder has certain hallmarks that afflict most patients, including:

But the degree to which any of these characteristics afflict any particular individual can vary enormously. And a severe behavioral problem in one category might not necessarily correspond to the severity in others– a patient with a high degree of obsession won’t necessarily engage in hyper-repetitive movements, for example.

It’s a mystery how different ASD patients end up with such different behaviors but ABAs and other medical professionals have to be prepared to deal with either extreme: patients who require permanent, intensive, and daily support and those who may require very little assistance at all.

These groups are generally referred to as either high-functioning or low-functioning autistics.

Being branded with either the high or low functioning label doesn’t tell the whole story either since there is such wide range in the degree to which people on either end of the spectrum struggle with different behavioral problems. With many high-functioning autistics there is no apparent issues with obsessive behavior, for example, while others do demonstrate rather extreme obsessions while still being able to function at a high level.

Although there is a general correlation with IQ, intelligence does not tell the whole story either when it comes to behavior. High IQ patients can have behavioral issues that prevent them from functioning normally in society, while many low IQ autistics may fit in easily and be considered high functioning. The ABA’s role is to deal with behavioral extremes, regardless of a patient’s intelligence level or whether or not they function at a high or low level.

During their functional behavior assessment (FBA), an ABA will look at how a patient interacts in real-world situations or when presented with a certain set of tests or obstacles.

Extremely high-functioning autistics often differ only slightly from neurotypical children. They may be more challenged in performing certain common activities, such as remaining still and attentive in class or interacting socially, but these deficits do not generally prove to be overwhelming obstacles to acquiring general life skills.

Indeed, at the very upper end of the spectrum, it’s likely that many autistic kids are never diagnosed with the disorder. They are simply viewed as a little odd or misdiagnosed with other disorders such as Attention Deficit/Hyperactivity Disorder (ADHD). And, in fact, with many overlapping traits, it’s possible for one of these disorders to mask the other, or even for a child to have both conditions.

Studies have shown that cognitive therapies are more likely to benefit patients at this end of the range.

When working with high-functioning patients, ABAs are more likely to make use of therapies that involve the active participation of the patient. They can incorporate more self-monitoring and effectively allow the individual to self-treat with only occasional guidance.

Low-functioning autistics tend to be the more stereotypical patients, incorporating the commonly perceived symptoms of autism as surface behaviors. They may be loud, inappropriate, difficult to communicate with, and react poorly to physical touch or disruptions of their routine. They have more challenges in learning basic skills and behaviors, even with learning to speak.

Behaviorally, patients at this end of the spectrum present the greatest challenges for ABAs. With low-functioning patients, more intensive and hands-on therapies are often required.  Therapies used with them will include:

Dealing with low-order issues also removes roadblocks that typically are preventing the ABA from moving on to work on cognitive issues and social deficits.

Therapeutic approaches set out in the resulting behavior intervention plan (BIP) will outline both the challenges the patient faces and the treatment the ABA considers most likely to be effective.