What is Emotional Dysregulation? 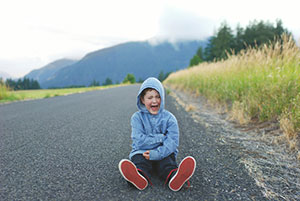 Behavioral outbursts are some of the symptoms that applied behavior analysts (ABAs) are most frequently called upon to deal with when working with ASD patients. Temper tantrums, shouting, breaking things, and outright violence are among some of the least pleasant and most disconcerting things that anyone working with ASD may have to cope with.

There are a number of possible reasons for this deficit, several of which are obvious. It’s hard to exhibit a typical emotional reaction when you are impacted by various sensory and cognitive challenges such as:

All of these issues can lead to an overwhelming degree of anxiety and frustration.

Those perceptions filter strait to the amygdala, the brain structure that is responsible for low-level fight or flight responses. This organ can unconsciously manipulate the sympathetic nervous system, a control network that extends into almost every physiological system and exercises regulatory control over functions such as:

If you noted that these are all things that are typically displayed when someone is having an emotional outburst, you can understand how not having control over them can easily produce the appearance of having an over-emotional reaction.

Emotional Dysregulation May Run Deeper In ASD Than Previously Believed

Researchers are increasingly coming to view emotional dysregulation not as simply an associated aspect of the core ASD deficits, but rather as a fundamental element of the disorder itself. In a 2015 study conducted at the University of North Carolina, scientists examined 15 control subjects and 15 individuals with ASD while observing their brain function through an MRI (Magnetic Resonance Imaging) scanner.

For the individuals with ASD, activity in the prefrontal cortex, where emotions are regulated, was markedly diminished during emotional reactions. This suggests that emotional dysregulation is an integral biological outcome from ASD and not simply a byproduct of communication, social function, or other core autism symptoms. Moreover, the lack of prefrontal cortex activity was correlated to the severity of the individual’s ASD symptoms… low-functioning patients had even less ability to regulate their emotions.

Emotional Dysregulation Is Not All in the Head

This is important to understand because a common misconception is that emotions are strictly states of feeling—that they exist entirely in the mind. But in fact, emotional reactions can extend to physiological responses and expressions. Some of these result in inappropriate behaviors.

That makes those behaviors less of a selected expression of mental images and more of an uncontrollable set of actions coming directly from the mind. Because of this, attempting to reason with individuals with these reactions is largely fruitless. Even if they understand that the emotional reaction is inappropriate, it is rising from a place they do not have conscious control over.

ABAs treating these conditions know that it is still possible to control those behaviors, but that it can take extensive training to do so.