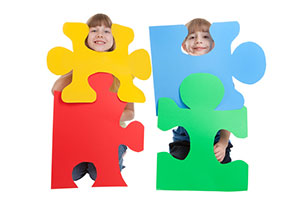 When we talk about autism, we tend to focus on the negative: what needs to be addressed, fixed, or modified. Rarely do we talk about the good that comes from it. When we stop and look at people who have ASD, it’s amazing what they can teach us. Our lives might actually fare better if we were to embrace some of the characteristics commonly to autism spectrum disorder.

Here’s five things we think everybody could stand to learn from kids with ASD: