Why Do Autistic People Have Issues with Social Skills? 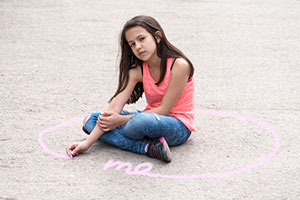 One of the core aspects of autism spectrum disorder (ASD) is social dysfunction. This can manifest in a range of behaviors, from completely avoiding any sort of personal interaction at all… to completely monopolizing conversations on a single topic that nobody other than the person speaking seems to be very interested in.

There is no fixed pattern to social dysfunction, but it’s almost always one of the major identifiers of ASD and often the one that stands out the most when interacting with someone on the spectrum.

For high-functioning autistic individuals, these social skills deficits can be so minor as to be almost entirely unnoticeable in casual conversation. People with HFA (high-functioning autism) commonly adopt coping methods or have the ability to acquire social skills to fit in better. They are often able, with proper training (which often includes components of applied behavior analysis), to make significant progress in social interactions. Nonetheless, at some level, even high-functioning autistics almost always struggle with some discomfort or ineptitude in social interactions.

Low-functioning autistics will almost always have immediate and obvious difficulties in social interactions. However, they have an advantage over HFA individuals in that they are often more inwardly focused and have less anxiety about their inability to fit into common social situations. Although they also benefit from ABA therapy aimed at improving social skills, they will always struggle with noticeable deficits and will likely always find it nearly impossible to fit completely into common social situations naturally.

Understanding the Connection Between Social Skills and Autism

All of these social skills problems are rooted in some of the basic elements of ASD:

These combinations of traits make it enormously difficult for ASD patients to acquire the basic social skills that most of us take for granted.

This deficit is often misread as a desire to avoid people or social situations, but that couldn’t be further from the truth: most individuals with ASD badly want to interact with others, they simply don’t have the skillset to do so easily.

This, in turn, can breed frustration that only fuels the fire. People on the spectrum may have outbursts and throw tantrums or express themselves inappropriately in social contexts, essentially as a result of boiling over at their difficulty to either understand their place in a social situation or make themselves understood to others.

At the opposite end of the spectrum, but equally rooted in social skills deficits, some with ASD are unable to fully grasp their own communication issues and often fail to recognize how their way of communicating can be offensive or make others feel uncomfortable. These types of social missteps manifest in obliviousness—monopolizing conversations, being unable or unwilling to converse outside particular topic areas, or generally shutting out all external stimulus.

It’s difficult to deal with social dysfunction because social skills cover such a broad gamut of capabilities. These include:

There is limited research on the outcomes for social skills training but what exists suggest that it is hampered by a failure to emphasize social skill development and implement it effectively. A 2007 meta-analysis by Indiana University of 55 social skills intervention programs used in school-age ASD populations found that they were largely ineffective. Not surprisingly, social skills training that took place when autistic students were segregated from the general student population was far less effective than if it took place in their usual classroom alongside neurotypical kids – as if a study was needed to figure that out.

Nonetheless, school programs were found to be more effective than programs offered in other contexts, which suggests that training social skills in social environments—a naturalistic approach often used in ABA therapy—shows the most promise. And some therapists have suggested that most ABA therapy aimed at improving social skills simply isn’t intense and immersive enough to help patients develop more socially appropriate behavior and abandon bad social habits and responses.

As humans, we’re all social animals to a greater or lesser degree, so the importance of being able to thrive – or at least function – in normal social settings is fundamentally key to happiness and a normal human experience. As ABAs work to address things like cognition and communication skills, positive outcomes in these areas are sure to translate to improved social skills and a better quality of life.