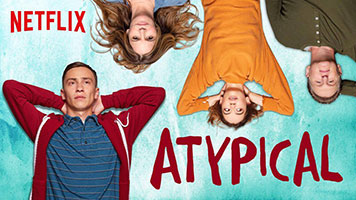 Autism spectrum disorder (ASD) isn’t always easy to understand for anyone who hasn’t been immediately exposed to it. Like other phenomena, many people become familiar with ASD through the way the disorder is depicted in television and movies.

Of course, not all TV shows or movies are created equal. There are good and bad portrayals of both people with ASD and with the effects the disorder has on their families and lives. The bad portrayals verge on caricature and plant wildly misleading perspectives in people’s heads… the good ones improve understanding and spread empathy for both those with ASD and the caregivers and family members who deal with the disorder.

It’s a particular challenge for actors and actresses asked to play characters with ASD but in recent years many of them have been able to rise to the occasion with remarkable skill. It’s all the more impressive when considering that most of these roles are depicting kids, and younger actors are the ones forced to step up to the plate and create genuine and moving performances with characters who are both non-traditional and wildly foreign to the audience’s experience.

Here are seven films or TV shows with the most honest depictions of characters with autism spectrum disorders.