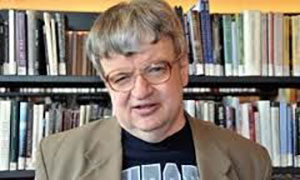 Way back in the 80’s when Dustin Hoffman gave his Oscar acceptance speech for the movie Rain Man he publicly thanked and acknowledged savant Kim Peek – it was the least he could do for the man who was the inspiration for the character Hoffman played. But this was by no means the pinnacle of Peek’s career, it was just the thing that helped usher him a little closer to the limelight.

Peek was born in Salt Lake City in 1951 with an abnormally large head and showed developmental difficulties from a very early age. He wasn’t able to walk until the age of four, and even then with a strange, sidelong gait. He couldn’t button his own shirts and had lots of difficulties with motor skills. When enrolled in school, he was expelled after one day for disrupting class.

By the time he was 18, despite his lack of schooling, Peek had a job doing payroll for a company with 160 employees. It took him only a few hours a week, and he performed all the necessary calculations in his head.

Despite his prodigious feats, Peek’s IQ was only 87, and he lived a quiet life in the care of his family… until Rain Man. Afterward, he often toured the country with his father, advocating tolerance for disabled individuals and demonstrating some of the amazing things that he could do… things that the rest of us couldn’t even imagine being able to do.