Understanding the Differences Between ASD & ADD/ADHD in Children? 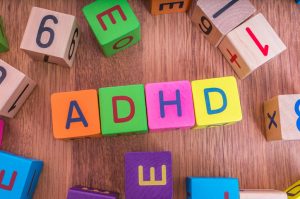 It is entirely possible for children to have both ASD and ADHD. In fact, it is actually quite common for the two disorders to co-occur. A National Institutes of Health study published in 2014 showed that 18 percent of children diagnosed with ADHD actually showed symptoms of ASD.

If you’ve found yourself here, reading this page, you’re asking yourself:

‘Which – if any- of these disorders does my child have and how can I tell?’

Early diagnosis and intervention of behavioral and neurological disorders is imperative. Proper treatment can actually reduce the severity of the symptoms, no matter what the diagnosis might be.

If you’re concerned your child may have one or both of these disorders, the earlier you voice these concerns to a doctor, the better. The young brain is an adaptable brain and early treatment options may help reduce the severity of symptoms as your child ages. In some cases, the faulty neural connections in the brain can actually be rerouted.

Though the final diagnosis should come from a healthcare professional, the first steps in unraveling the mystery often come from a parent’s own detective work. Parents play a crucial role in identifying the symptoms because as a parent, you know your child better than anyone.

Parents should not lose hope in the case of a dual diagnosis. This just means that treatment and therapy will need to be more individualized and in many cases, more intensive.

Before we can whittle down the differences between ADHD/ADD and ASD, it is important to understand the relationship between ADHD and ADD.

The terms ADD (Attention Deficit Disorder) and ADHD are often confusing because many people consider them the same. In actuality, ADD is a sub-classification of ADHD and is now recognized predominately in children who show a general lack of attentiveness, but not necessarily other behavioral problems. They may be labeled as ‘daydreamers,’ and tend to find it difficult to follow directions, stay on task and struggle with responsiveness. These are the kids that sometimes come across as being perpetually bored and listless. Many times, these kids are never diagnosed because they are missing the key trait in ADHD – hyperactivity.

If your child can’t stop fidgeting, interrupts and can’t seem to wait their turn, you may be seeing signs of one of the other subtypes of ADHD as defined in the DSM-5 (Diagnostic and Statistical Manual of Mental Disorders): Predominately Hyperactive-Impulsive Presentation or ADHD Combined Presentation.

Now the real detective work begins. Does your child have ADD/ADHD or ASD? Any good detective knows you need to start with gathering facts long before jumping to any conclusions.

Some of the more common symptoms and behaviors seen in children with ADD/ADHD include being easily distracted… moving quickly between tasks… quickly getting bored… inability to stop talking, interrupting or blurting things out… constantly moving and unable to sit still… problems with basic social skills… a failure or inability to react to other people’s feelings.

With ASD, the symptoms and behaviors often seen include trouble making eye contact… social withdrawal… repetitive movements… delays in major developmental milestones like walking and talking… constantly moving and unable to sit still… hyper-focused on a single task or item… a failure or inability to react to other people’s feelings.

Clearly, there are quite a lot of similarities between the two diagnoses when making a side-by-side comparison of symptoms. However, the important distinctions arise in how these symptoms manifest in behaviors.

Breaking Down the Differences Within these Similarities