What is the Relationship Between Autism and Impulse Control? 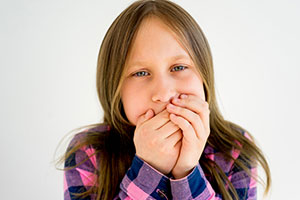 Obsession and an ability to hyper-focus on a particular object or theme is a well-known facet of autism spectrum disorder (ASD). Most parents and teachers working with kids with ASD have had the experience of dealing with lightning-fast changes in mood or behavior when some new stimulus enters the picture—whether it’s a demand for a particular kind of food or a sudden desire to get up and wander across the classroom to pester a classmate. Whatever the immediate impulse is, most kids with ASD have a definite propensity to indulge it.

For parents, teachers, and other caregivers outside the medical or psychological communities, this pattern of reactions is viewed as simply being impulsive. But for applied behavior analysts and other professionals who treat kids with ASD, it’s recognized as one element of a set of interrelated issues connected to autism, all of them rooted in deficits in the executive function.

Executive function is the psychological term given to the set of cognitive skills that provide regulation of high-order thinking skills, including:

Collectively, these are all the mental faculties that allow you to relate to, assess, and formulate an appropriate response to the things that come at you in day to day living.

Executive dysfunction means going without those skills, or having them function slowly and sporadically. This leads to an array of the typical behavioral issues seen in those with ASD. Besides issues with impulse control, executive dysfunction is also behind problems that ASD patients have with:

Impulse Control Is An Ancillary Symptom But A Primary Problem

Executive dysfunction is not necessarily a core symptom of ASD. But it is present in plenty of other disorders that may be diagnosed in tandem with autism, such as attention deficit/hyperactivity disorder (ADHD).

Although some degree of executive dysfunction impairment is common in most kids with ASD, not all of them suffer from it. And even among those that do, it isn’t often consistent in severity from person to person and usually presents itself in unique ways. In some cases, impulse control is not a problem at all; in others, it may be the only problem.

There is no apparent correlation between executive dysfunction and intelligence. High IQ autistics can have worse impulse control problems than those with a low IQ. However, ASD patients with severe executive dysfunction issues have also shown some overlap with dyspraxia, or issues of motor control. This is more common in low-functioning autistics, who require more in the way of therapy and support.

As a practical matter, impulse control issues create behavioral problems—exactly the sort of difficulties that applied behavioral analysts are typically called on to address.

Impulse control issues are among the most disruptive problems that caregivers working with kids and adults with ASD face. Without the control to override their immediate wants or needs, children with ASD tend to monopolize the attention of parents and teachers. They grab food or toys they want, they abandon assigned tasks or leave their chairs to wander around classrooms or out of the house, and they may have outbursts or throw tantrums when their wishes aren’t met.

Their emotional control, whether over sadness, anger, frustration, or any one of a range of feelings, is limited. Yelling or tears frequently result from situations in which a neurotypical child could easily tamp down the immediate impulse.

When they are absorbed in a particular task or interest, conversely, it may be very difficult to shift them out of it to another focus. Because they almost universally also experience difficulties in communication, it can also be difficult to use traditional methods of getting their attention or talking through the impulses they feel.

Impulse control is one of the most difficult behaviors to control, but applied behavior analysis has a set of tools equal to the task. In fact, the treatment is often used on individuals with impulse control problems who have not been diagnosed with ASD.

The essential ABA approach of evaluating the antecedent, behavior, and consequences of impulsive actions (the so-called ABCs of ABA) can lead to manipulation of either the antecedents or the consequences consistently and predictably to train self-control. In one 2012 case, for example, ABAs working with a 16-year-old with difficulties staying on task used various reinforcers, such as potato chips, to gradually decrease impulsive task abandonment and increase self-control. By the end of the training, the amount of time he was able to remain on task had more than doubled.

Differential enforcement is just one tool in the toolbox for ABAs working with autistic patients with impulse control issues. Since the therapy is commonly used for many aspects of ASD, ABAs will conduct functional behavior assessments (FBAs) for each individual and come up with a unique behavior intervention plan (BIP) that combines effective therapies to address all of the behavioral issues, whether specific to impulse control or not.