7 Tips for Talking to Kids with Autism 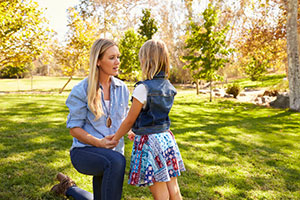 Since one of the classic symptoms of autism is a marked deficit in verbal communication abilities, a common problem for applied behavior analysts and others who work with children and even adults with Autism Spectrum Disorder is simply being able to carry on a basic conversation. Something as simple as finding out what they want for lunch or whether or not they are happy or sad or indifferent about their current school assignment can be nearly impossible to find out if you rely on normal conversational methods.

But don’t let that stop you!

There are ways to have conversations with autistic kids and you can make them easier by keeping the following tips in mind.