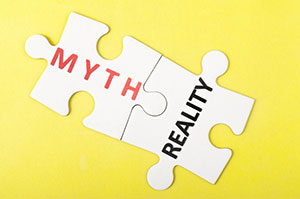 There is no cure for autism.

But that hasn’t stopped many people from claiming to have found one.

Scientists and medical professionals continue to investigate the causes and mechanisms of the disorder, but the only strong consensus is that the research has yet to produce anything that could be considered concrete and actionable.

Researchers have identified factors in the progression of the disorder that suggest a link to everything from genetics to complications during pregnancy to chemical exposure and environmental factors in early childhood.

But so far, research hasn’t lead to any real definitive answers, and certainly hasn’t produced any real leads on an actual cure.

Unfortunately, this ambiguity leaves an opening for families living with ASD that are hoping against hope that a cure is out there somewhere… and for quacks and charlatans selling snake oil in the form of some pseudo-scientific treatment that has no basis in science.

One of the few things that is known about autism treatment is that in multiple careful, controlled scientific studies, applied behavior analysis therapy has been proven to have measurable results. ABA isn’t a cure for autism, but it can provide the coping skills and tools that allow people who live with ASD to enjoy relatively normal, healthy, happy lives even as they deal with the effects of the disorder itself.

Easy answers and quick fixes are always too good to be true. If there truly was a definitive solution, you better believe that the teachers and therapists who work with kids on the spectrum everyday would be shouting about it from the rooftops.

In most cases, false claims amount to little more than dashed hopes and some wasted time and money. But in the worst cases, these seemingly magical cures can actually cause harm. Be wary of anybody promising the impossible, so matter how good the pitch might be.

Here we present the top 5 most common pseudo-scientific myths and false claims being hocked on the internet for treating autism spectrum disorders.