How Do You Know if a Child Has Oppositional Defiant Disorder or ASD? 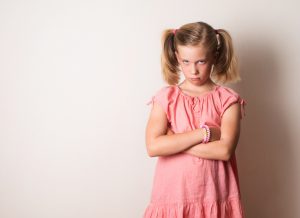 The DSM-5, the current edition of the Diagnostic and Statistical Manual of Mental Disorders, defines oppositional defiant disorder as…

For many parents of kids with on the spectrum, this probably sounds all too familiar – maybe not the part about vindictiveness, but certainly angry and irritable, and probably defiant too, if not actually argumentative.

These parents might be forgiven for not noticing if there are any extra issues of irritability – it can be a hard thing to isolate within the general pattern of acting out that is so common in kids with ASD.

In many cases, the socialization and communication issues that so often accompany autism spectrum disorder make it difficult to sort out genuine defiance or vindictiveness from simple misunderstanding or an inability to communicate.

But the frustration that comes from having so much trouble communicating or understanding what is happening around them can actually be the very thing that leads to genuine anger and irritability.

This makes ODD a reality for some people living with ASD, particularly those on the higher-functioning end of the spectrum who are likely to be more acutely aware of their own social missteps and more likely to become frustrated with the struggle to get the whole social thing right, not to mention the frustration that comes with the way people often respond to their attempts to get it right.

Oppositional defiant disorder is triggered by irrational thoughts or beliefs with regard to how the child interprets other people’s words and actions and with regard to the intentions behind what people do and say. The scariest thing about ODD is that children with the disorder may end up being absorbed by thoughts of revenge and malice that extend far beyond whatever incident or exchange provoked the initial anger, even if the initial incident wasn’t a provocation at all, per se, but just a common misunderstanding. A frightening prospect, especially if this comes in combination with all the other challenges kids with ASD have to deal with.

What are the Differences Between ASD and Oppositional Defiant Disorder?

For instance, as a parent you’ve likely found yourself in a situation where your son or daughter refuses to cross the threshold to enter the grocery store and it’s the only day you’re able to get some shopping done. If you don’t have a box of Cheerios at home for breakfast, that’s going to mean a morning meltdown for sure, so you push the issue and your child reacts by throwing a world-class tantrum in the parking lot—yelling, screaming, crying, the whole nine…

The Dreaded One-Two Punch: Your Child Could Have Both ASD and ODD

Research has suggested that ODD cases are often comorbid to cases of ASD, but due to the difficulty of assessing similar symptoms and attributing the different motivations that underly an ODD diagnosis, it is enormously difficult for clinicians to separate the two.

Applied behavior analysis, however, focuses on treating the behaviors with a view toward establishing immediate antecedents rather than motivations. Because of this distinction, it can be used equally to treat either disorder or even both simultaneously, without the analyst even needing to have a definitive diagnosis of ODD.

In fact, ABA is often used to treat cases of ODD entirely apart from any association with autism.

When the two conditions exist together, however, an ABA therapist is unlikely to make any distinction between them. They would instead go about their business of conducting a functional behavior assessment that focuses on actual behaviors that can be addressed through therapy individually.