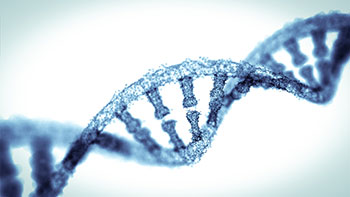 When you get an incurable disorder that affects 1 out of every 166 children born in the United States, a number that has skyrocketed by nearly 700 percent in the course of a single decade, one thing you want to know right away is what is causing it.

With autism, the answer to that question has remained shrouded in mystery.

It’s a hard reality for the thousands of families afflicted with a child suffering from the disorder, as well as the ranks of doctors and applied behavior analysts who are on the front lines of treating ASD (Autism Spectrum Disorder) patients. Understanding the causes could lead to more effective treatments, better prevention efforts, and even a measure of peace for anguished parents forced to grapple with the question of whether or not they contributed in some unknowing way to their child’s struggles.

But there are other issues at play, and one of the most intriguing is the genetic makeup of ASD patients.

At the same time autism spectrum disorder statistics were skyrocketing, the ability to investigate and analyze the human genome was also taking off. The Hood semi-automated DNA sequencer was invented in 1986, right around the same time children in the first wave of the autism epidemic were being born.

It was natural, then, for researchers responding to the crisis to look to genetics as a possible factor. Some of the early investigations concentrated on twin studies, a focused way to compare environmental versus genetic factors. Frustratingly, those proved inconclusive. Yet researchers continued to investigate, launching even larger studies and using newer techniques that allowed the slicing and dicing of gene sequences at ever faster and more precise levels.

There’s very little question that the seeds of autism lie somewhere hidden in the human genome, twisted away down in some as-yet nameless gene sequence. Evidence for a genetic basis for the disorder is not conclusive, but it is persuasive. Researchers first noted that certain families exhibited statistically unlikely clusters of ASD and related disabilities, a clue that genetic links might be involved. More recently, they’ve uncovered evidence that autism occurs more frequently among individuals with certain medical conditions that have genetic causes, such as:

Today, numerous studies have established the genetic influence on autism at between 74 and 98 percent. But the precise nature and source of that influence remains elusive.

The bad news is that, if there is a genetic link to ASD, it’s not going to be an easy one to find. In 2015, the Journal of Biological Psychiatry published a study that evaluated more than 2,500 families with at least one autistic member and found no statistically correlated genetic markers. This all but rules out a single genotype as a culprit. In fact, recent studies have identified about 27 genes that “with a high level of confidence” can be related to autism; researchers believe that eventually hundreds or thousands of genes may be linked to the disorder.

Even if all those genes are eventually pinpointed, they are unlikely to offer quick answers to curing or preventing the disorder. Those numbers all but rule out a comprehensive gene therapy, even if that modality were not still in its infancy. The potentially astronomical number of relationships might even prevent potential genetic screening for early assessment and treatment.

There’s also the disconcerting fact that whatever caused the sudden explosion of ASD diagnoses beginning in the mid-1990s, it probably wasn’t the genetic component of the disorder. The human genome evolves slowly; environmental factors, also still unidentified, still present the most immediate concern for doctors and therapists.

For applied behavior analysts, the uncertainty makes their approach to autism treatment even more important. Their practice focuses on observable behaviors; the underlying cause (versus the antecedent, or proximate, cause of the behavior) is presumed to be irrelevant to ABA. Unlike much of the medical community, ABAs have been successfully providing therapy to autistic spectrum patients since well before the disorder reached epidemic proportions.

Regardless of whether or not a genetic marker is found that contributes to ASD, ABAs will continue to use their proven approaches to assist those patients and their families. The greatest hope for ABAs in identifying the underlying cause is that there will be far fewer of those patients once it is found.