What is Fragile X Syndrome (FXS)? 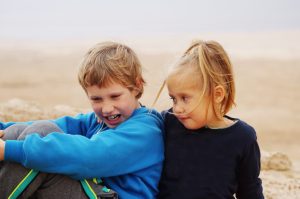 The 1970s saw the dawn of many medical advances. In just a few short decades the human genome would be mapped, Internet research would be a click away, and wearable fitness monitors, mobile health apps, and stem cell treatments would be common. In the meantime, the gap between the future and past left those born in the mid century to seek medical help from the only source readily available: the family doctor.

In the case of a young man named John who grew up back in that era when researching symptoms independently meant doing a lot more than punching a few questions into Google, his mom did what most people would do: she called the pediatrician.

She was told that John had autism. She immediately felt that the diagnosis didn’t seem to fit. She sought the help of other doctors over the course of the next two decades. Of all the misinformation she received, one doctor even told her that John wouldn’t live past his teens. John’s mom died in 1999, one year before John was diagnosed correctly.

John was now long past his teens. Because of his intellectual disabilities, Lorraine, his seventeen-year old sister, became his primary caretaker. She continued to seek help for John just as her mother did. It was the year 2000 when John finally got a proper diagnosis; he was told he had fragile X syndrome.

As it turns out, John’s first diagnosis wasn’t too far off the mark. There are certain behavioral disorders that may co-occur with Fragile X (NIH), many of which are very similar to those that co-occur with autism, and good for reason. More than just having a list of comorbid disorders in common with autism, Fragile X is actually believed to be the most common genetic precursor to autism, with about 33% of all boys born with Fragile X also being diagnosed as autistic or having a group of disorders that are commonly associated with autism:

A New and Expanding Understanding of Fragile X Syndrome

Fragile X is a genetically identified disorder. Although the exact numbers of those affected are still unknown, it was once estimated to be about 1 in 5000 males (NCBI).

A more recent study published in 2012 suggests that the prevalence of FXS is much greater. Even though it’s listed with the Genetic and Rare Disease Information Center, this 2012 study indicates that the number of people with Fragile X may be as high as 1 in 151 females, and 1 in 468 males, definitely making it much more common than we once thought.

Fragile X syndrome has long been considered the most common cause of intellectual disability (mental retardation), according to the US National Library of Medicine and National Institutes of Health (NIH).

It was first described by J. Purdon Martin and Julia Bell in 1943 as a particular type of mental retardation after they studied a family with eleven severely impaired males. At this point in history it was referred to as Martin-Bell syndrome.

Twenty-six years later, Herbert Lubs conducted research on another set of males who also showed similar intellectual disability. Lubs discovered they had a narrowing on their X chromosome and so the name changed from Martin-Bell syndrome to “Fragile X Syndrome.” He subsequently went on to develop a chromosomal test for it.

Because the field of genetics was still in its infancy and gene testing wasn’t relied upon to the same extent it is now, Lubs’ test didn’t catch on and wasn’t adopted for common use. In the late 1970s when more patients began emerging that fit the description of FXS, there was a renewed interest in testing. By 1991, the FXS gene (FMR1) was identified, leading to FXS being officially classified as a known genetic disorder.

How Will I Know if My Child is Affected?

Because this is an inherited disorder, anyone thinking about becoming a parent may be concerned about the possibility of passing it on to their unborn child, especially if there is any history of it in the family.

As most of us learned in biology class, females have two X chromosomes and males have one X and one Y chromosome. FXS is passed along through the X chromosome. To date, there haven’t been any reports of combinations (permutations) in FXS that have resulted in full mutations in which a father passes the disorder to his daughter.

The current understanding is that FXS is only passed on from the mother, and boys tend to be more severely affected than girls. Fragile X can cause cognitive impairments that range from limited learning capabilities all the way to severe retardation. Seizures also occur in about 15% of boys, and 5% of girls born with the disorder.

There are also a number of physical characteristics that may be present in a child with Fragile X. Visible signs of Fragile X include:

A diagnosis will entail a genetic blood test that will look at the FMR1 gene (more commonly known as the Fragile X gene) found on the X chromosome. Typically boys will receive a diagnosis around the age of three and girls at four.

FXS is a disorder that presents as a spectrum. This means that not every child will show all the signs since each will be affected in their own way. The symptoms range from mild to severe.

Are There Treatments for Fragile X?

There is no cure for Fragile X. There also aren’t any medications or therapies that treat the syndrome directly at its genetic source.

There are, however, medications that can help mitigate the cognitive and behavioral disorders that co-occur with Fragile X. For instance, if your child has ADD, depending on the severity, you may consult your doctor about appropriate medications. And if your child is found to have autism or the collection of disorders commonly associated with autism, your best treatment option will always be to consult with a qualified applied behavior analyst about therapy and other early intervention options.

It’s important to receive a diagnosis as early as possible. Early intervention for developmental delays and cognitive and behavioral disorders might alter how severe the disabilities become. As with many things in a child’s life, if you can address the problem as the brain develops, you may be able to change how the disorder influences behaviors and cognition, and ultimately, the extent to which it impacts their life.