What is the Connection Between Autism and Gender Dysphoria? 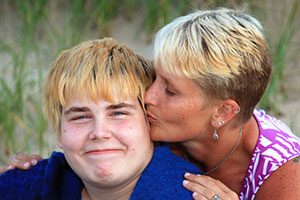 Since the mid-1990s, researchers had puzzled over a series of case reports made on individuals who had been diagnosed with autism spectrum disorder (ASD) also showing classic traits of gender dysphoria… the condition of having a psychological identity with a gender other than the one they were born with.

Both disorders are relatively rare, affecting less than one percent of the population. So the number of reports was striking, but it wasn’t until a study was performed in Holland in 2010 that scientists were able to make a solid connection between the two: nearly 8 percent of the more than 200 children and adolescents referred to a clinic for gender dysphoria also came up positive on an assessment for ASD.

A 2002 study on gender dysphoria shows that it may have genetic underpinnings, just as ASD does.

Autism and gender dysphoria have one other unhappy connection, which is that we don’t know a lot about the underlying changes in the brain that lead to either condition.

And it’s not just gender dysphoria, either. In general, gender identity and sexuality seem to be more fluid and less conventional among people with ASD. Studies have found that individuals with ASD tend to have a wider range of sexual orientations than what is found in the general population. They are more likely to:

Interestingly, although autism predominantly occurs in males, the incidence of gender dysphoria in patients with ASD is roughly equal between males and females. Today, no one really knows how to interpret that, but it may be a clue about the underlying mechanism of either condition.

Difficulties Abound For People With Both ASD and Gender Dysphoria

The biggest impact of this connection is to saddle people who have both conditions with two of the most socially challenging and culturally misunderstood traits that you can have in the world today.

This is particularly difficult for parents raising children who have both autism and gender dysphoria. The autism support community is large and welcoming and there are many patterns to follow for parents who are learning to raise a child with ASD. But when your kid also thinks they are half boy and half girl, there are not many signposts out there for how to navigate the world.

The fact that gender issues have become a political hot-button isn’t making things any easier. As of September of 2017, at least fifteen states had introduced some sort of legislation regulating bathroom access for individuals who identify as a gender other than what they were assigned at birth. Most bills seek to prohibit people who have spent their lives living as a certain gender from using the restroom that aligns with their gender identity.

It’s hard enough for neurotypical individuals with gender dysphoria to understand that kind of discrimination; explaining it to a child with ASD may be impossible and incredibly hurtful.

Most of those bills have not passed, but public discourse over gender identity is heated. Some parents have good reason to fear their children will be subjected to ridicule and bullying as the issue becomes increasingly politicized.

Life doesn’t get any easier as these kids get older, either. Gender dysphoria is often addressed by undergoing gender reassignment surgery. However, a mental health condition, such as ASD, is one of the screening elements used to filter out people ineligible for that treatment.

The tragic case of Kayden Clarke tells the story of just how bad it can get for someone unable to identify with the gender they were born with, but unable to qualify for medical assistance they need for gender reassignment. Kayden was denied hormone therapy on the grounds that he first needed to be “cured” of his autism. In his frustration and despair he became depressed and suicidal, and in 2016 was killed by police who arrived at his residence responding to a call from neighbors concerned that he might attempt to kill himself.

On a practical level, understanding that ASD and gender dysphoria are linked in some way has offered practical benefits. Today, teenagers who go in to gender clinics for counseling or treatment are routinely screened for ASD, the result of new clinical guidelines issued in 2016.

Although it’s too soon to say what the results of this screening might be, it is likely that it will help catch undiagnosed cases of ASD and allow more kids with autism to get the care and resources they need.

The hope is that a better understanding of the relationship between the two conditions may also lead to the mental health community being more sympathetic to the plight of these individuals, and eventually result in better access to treatment for people like Kayden Clarke.