Is the Autism-Vaccine Connection a Myth? 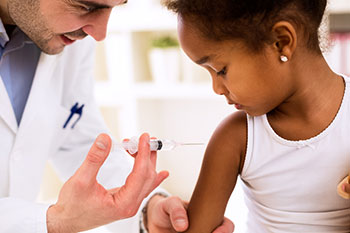 As autism diagnoses around the world started to climb sharply in the mid-1990s, parents and medical professionals alike started a desperate search for an answer to the question on everyone’s mind: what was behind the sudden surge in the syndrome?

In England in 1995, a gastroenterologist named Andrew Wakefield was drawn to this search when a woman whose autistic son had bowel issues approached him for assistance.

Crohn’s disease, the inflammatory bowel problem afflicting the boy, was already something Wakefield had an interest in, and he already had a theory about its causes: he suspected a component of the ubiquitous measles, mumps, and rubella vaccine (MMR) given to children was a factor and had published a paper to that effect two years before.

For Wakefield, MMR seems to have been the hammer in an otherwise empty toolbox; he quickly concluded that it must have something to do with autism as well. In 1998, with 12 coauthors, he released the results of a study of 12 children concluding that the appearance of autism symptoms in 8 of them, within two weeks of the vaccine administration, was inextricably linked to the MMR vaccine.

Unsurprisingly, the study quickly came under fire for having been conducted without the blinds, controls, or sufficient numbers to lead to statistically significant findings. The children had all been self-referred rather than randomly selected.

Ten of the twelve co-authors soon retracted their support and numerous other studies, conducted world-wide and over larger samples, quickly disproved any correlation between the MMR vaccine and autism.

Wakefield’s medical license was revoked and evidence was uncovered of fraudulent claims that he had created in order to further a business venture to perform testing for vaccine-related disorders. The journal that published the study both retracted it and apologized to the medical community.

But the damage was done. Today, the so-called anti-vaxxer movement has become so well-established that the anti-science screed has been echoed by the president of the United States.

We know today that there probably was no surge at all in the actual prevalence of autism; almost all of the increase in ASD cases can be attributed to changes in the diagnostic tests for the syndrome and to increases in reporting of the disorder. It’s likely that the rates of ASD today are well within historical norms and there is no new threat.

Nonetheless, the myth that vaccines can cause autism has become firmly embedded in the public consciousness and continues to cause pernicious side effects.

A 2013 survey of pediatricians found a twelve percent increase in parental refusals to administer vaccines to their kids since 2006. At the same time, an uptick in the outbreak of measles and other easily-preventable diseases in the first world is thought to result from decreases in the number of children vaccinated against them.

And a 2010 whooping cough outbreak in California was tied directly to a drop in vaccination rates in that state.

Fighting the anti-vaxxer myths has become a matter of national significance—at least, for some parts of the government.

The Centers for Disease Control, despite facing potentially huge cuts from the current administration to research and disease prevention programs, continues to prioritize the need to spread accurate information about autism and vaccination efforts.

ABAs (applied behavior analysts) and other professionals who routinely work with ASD patients are also encouraged to arm themselves with accurate information about both the reality of vaccinations and the true causes of autism.

The truth is that the apparent correlation in timing between vaccinations and autism diagnoses is almost inevitable: autism symptoms simply show up at around the same developmental stage that first-round vaccinations are given to children. In California, studies prove that there is no actual numeric correlation between autism diagnoses and vaccination rates, something you would expect to see if there were a causative effect. And in countries such as Japan, which use methods other than the MMR for vaccination, there is no decrease in autism rates overall.

Not only have the studies looking at all types of vaccines and even individual vaccine ingredients been unable to find any link, but other research has made progress toward isolating the actual factors that lead to autism. Increasingly, researchers agree that there is a heritable genetic component to the disease. Studies show the genetic influence on autism ranges between 74 and 98 percent.

There are also possible environmental risk factors for autism, including:

None of these, however, occur significantly post-birth. Almost all evidence shows that the course toward autism is set long before vaccines are administered.