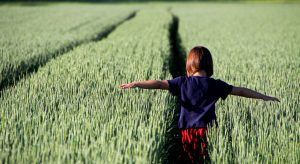 It began as a typical day for single-mom, Vanessa Fontaine, the day her son disappeared without a trace. She planned to run errands and catch up on work while her children were in school.  She made sure her autistic son Avonte got on the school bus and safely off to his new high school. At first he’d been apprehensive about the change in routine that came with going to a new school, but now a month later he seemed more settled.

On that sunny October day just after a supervised lunch, followed by a transfer to recess in the tech room, something prompted Avonte to stray from the room where he was with thirteen of his classmates. He quickly and quietly escaped from under the watchful eyes of three paraprofessionals and a security guard. He managed to find an accidentally unlocked exit door and simply slipped out into the city streets without any apparent explanation.

His mom stated in a later report that she had alerted teachers at the beginning of the year that her son had a tendency to run. Today was that day.

According to FBI reports published in 2016, 33% of all missing persons are under the age of eighteen. This statistic accounts for over thirty-three thousand children gone in the blink of an eye. Some of these children were taken, while others left of their own will – often as quietly and inexplicably as Avonte – leaving no trace and no clues as to their whereabouts.

While there are a variety of circumstances surrounding each disappearance, some of these children were autistic just like Avonte.

This is the troubling phenomenon known as elopement.

Why Do Children with ASD Have a Tendency to Wander?

Eloping is an all too common problem among children with ASD, so much so that the phenomenon has been on the radar of the Centers for Disease Control and Prevention (CDC) for years. It’s described as the urge to leave protected and safe surroundings – such as a home or school – without notifying anyone. It’s also known as wandering, running, or bolting.

Children with ASD may not have the same level of awareness that a neurotypical child might have, the kind of awareness that makes a child intuitively or knowingly try to avoid dangerous situations – like being alone in the city without a parent or older sibling to look out for them. A child with ASD may even walk out into traffic or willingly enter a stranger’s car.

To further complicate things, if someone comes looking, an autistic child may not respond when their name is called… and a child that is non-verbal wouldn’t be able to explain where they came from or how they got there even if they were found.

There are two primary reasons that a child may leave their surroundings quietly and without explanation: To leave a bad situation, or to pursue something they want.

In some respects, these reasons aren’t much different from the ones you would expect a neurotypical child to express. If home becomes a place where people are fighting and screaming, any child would feel uncomfortable and want to retreat to a calmer place. To an ASD child, that level of noise might be so enhanced inside their head that it sounds ten times worse than it really is; it becomes torturous. They try to escape because they literally can’t stand it.

In other circumstances, it may simply be that the child loves the feeling of running, or was attracted to something that was more appealing than what they were currently involved in. In Avonte’s case, he may have been under stress in his new surroundings at school, but no one knew because he wasn’t able to communicate how he felt. Running was the only way he knew how to alleviate the anxiety he was feeling. On the other hand, his mom indicated that he seemed to enjoy running. It’s entirely possible that he might have simply wanted to feel the freedom of being outside and running.

How Do I Know I’ve Done Everything I Can to Prevent My Child From Bolting?

A survey published in the US National Library of Medicine and National Institutes of Health, showed that almost half of all children with ASD had engaged in some form of elopement behavior, and 25% of them were gone long enough to cause real concern. All too often, a parent’s worst fears are realized. Tragically, some have been found dead, and still others have never been found.

Avonte’s mom may have known that he liked to run, but his behavior at school seemed to indicate the opposite. According to teachers, Avonte was a kid who didn’t take action until he was told to do so. When he sat at his lunch table, for instance, he wouldn’t eat until his teacher said it was OK to eat. He also wouldn’t leave the table until he was told to do so. To the casual observer, or someone unfamiliar with his background, Avonte appeared to be the least likely candidate for elopement.

A child with ASD may give up some small hints in the moments just before bolting – they may look towards the door or make a sound or grunt. It takes someone close – usually a parent or caregiver who constantly monitors the child – to pick up on these subtle clues.

If you’ve discovered your child is a runner, you may already be aware of the measures you need to take. If you’re just beginning your ASD parenting journey, however, the idea of your child walking out the door in the middle of the night and vanishing may scare you to death. You’re not alone.

In a study conducted by the American Academy of Pediatrics, wandering was identified as one of the greatest causes of stress in families with children on the spectrum. A little more than fifty percent of parents said elopement was the hardest behavior to negotiate. Most of those parents also reported losing sleep over their concerns, worrying whether or not their child would leave home. The study went on to show that sixty-two percent of parents said they couldn’t accept an invitation to a child’s birthday party or other event if it meant the child would be in an unsecured location.

This same study concluded that wandering isn’t a sign of bad parenting. Parents that experience the issue are often those who closely monitor their child, install locks and alarms on every door and window in the house, and secure gates, fences, and pool enclosures in the yard. Even with all the safety measures in place, your child may still be able to slip away.

The CDC offers some helpful tips that can help you prepare in advance in the event that your child bolts:

There isn’t any way to ensure one hundred percent that your child is safe in this world. This isn’t something that is possible for any parent. Avonte Oquendo’s mom thought she did all she could that day when her son disappeared. The school thought they had employed all the security measures possible. Unfortunately, it proved inadequate against a boy who was determined to run.

Avonte’s remains were eventually found on a beach in Queens in January the following year. His disappearance left everyone involved with a sinking feeling and a lot of unanswered questions. Could they have done more?

Raising a child with ASD is a challenge. As a parent, you will do all you can to ensure they grow up happy, safe, and healthy. There are some things that will be outside your control. When it comes to elopement, understanding your child and establishing safety measures will help to alleviate some of the fears that come with the possibility of facing a situation like the one Avonte’s mother endured.