Is Asperger Syndrome the Same As Autism? 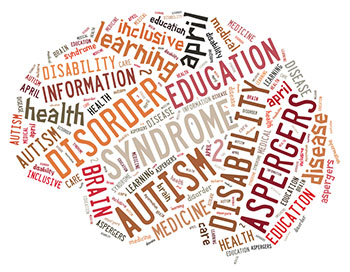 Aspies, as many Asperger’s Syndrome patients call themselves, have long been a group apart from the general population of ASD sufferers.

Asperger’s is named after Doctor Hans Asperger, an Austrian physician and pediatrician. Asperger was studying developmental disorders in children around the same time as Leo Kanner, the physician in the United States who is typically credited with describing the modern strain of autistic disorder; unfortunately for Asperger, this research was performed mostly during the Second World War and inside the German sphere of influence. Although both researchers had common findings and came to similar conclusions, they were unaware of one another and Kanner’s work became the standard.

But Asperger’s name lives on for one particular reason: he himself appears to have exhibited some of the same typically autistic features as he was studying. In 1980, English psychiatrist Lorna Wing acknowledged both that fact and his studies by naming a less severe strain of autistic spectrum disorder (ASD) after him.

In the diagnostic sense, today there is absolutely no distinction made between the historical Asperger’s Syndrome and modern Autism Spectrum Disorder; there is no longer a definition for Asperger’s in the Diagnostic and Statistical Manual of Mental Disorders (DSM) version 5, the most current edition. Asperger’s has been absorbed into the autism spectrum, with most people agreeing that it would now fall somewhere into Level 1, the least severe form of ASD, requiring minimal support.

But for many aspies, the new DSM gradations are insufficient. In fact, many people who consider themselves to have Asperger’s, or who were diagnosed with it before it was phased out, don’t necessarily agree they need any support. They do not see the condition as a disability, but instead simply one aspect of their personality. It makes them the person they are, and they are justifiably proud to be themselves.

And controversy over the existence of the disorder as separate from the autism spectrum extends into the medical community, where the most recent version of the International Classification of Diseases (ICD-10) continues to include Asperger’s Syndrome separately as category F84.5, part of a range of developmental disorders.

Although there are no firmly established medical criteria for diagnosis, the previous DSM IV cited issues such as:

The presence or absence of any of those symptoms was never considered definitive, requiring a professional psychologist to make the ultimate determination.

Asperger’s patients still commonly have social and communicative difficulties just as other ASD patients do, but they are more likely to be in normal or above-average IQ ranges. They begin speaking at the usual age and their problems manifest as issues of social connection and non-verbal communication. They commonly realize they are atypical and have a desire to adapt and fit in, contrary to the usual ASD patient who tends to exist primarily in their own world without regard to social norms.

Those advantages over others with ASD often allow them to develop their own techniques for managing the syndrome. In fact, many aspies are only diagnosed later in life. Even among children, Asperger’s is commonly diagnosed between the ages of 4 and 11, much later than the standard autistic child, who is diagnosed before the age of 2.

Asperger’s children often make it through their school and formative years using their own coping mechanisms that allow them to be perceived as neurotypical with simply a few quirks. As they grow up, they tend to improve, even without professional treatment.

Academically and professionally, aspies can be quite successful. Within intelligence in the normal range and a certain obsessiveness on tap that can be useful at jobs such as engineering and programming, they frequently outstrip peers in developing technical skills. In jobs that require more social finesse, such as management or marketing, however, they may run into obstacles.

For Applied Behavior Analysts, Asperger’s Is Just Another Behavioral Condition

Applied behavior analysts do not typically suffer from the disagreements over whether or not Asperger’s exists as a distinctive disorder. Accustomed to performing a Functional Behavior Analysis (FBA) for individual patients and developing a specifically-tailored Behavior Intervention Plan (BIP), the ABA approach to treatment does not require a particular diagnosis to be effective. Each patient is unique, with their own individual challenges and requiring their own distinctive treatment plan.

On the whole, however, ABAs have a wider range of options for treating HFA or Asperger’s patients. Their greater self-awareness makes them more cooperative in the treatment, and they are more amenable to self-monitoring techniques and other relatively subtle interventions to bring about the desired behaviors.