Why do Some People with ASD Have Such Difficulty Communicating? 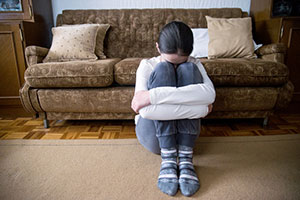 Autism spectrum disorder (ASD) is largely defined by deficits in social communication and interaction skills, so it’s no surprise that many individuals with the disorder have trouble communicating– verbally and otherwise.

This difficulty can come about in various ways and to greater and lesser extents depending on the severity of the individual’s autism and the particular expressions of the disorder that affect them – in some, communication comes as easy as it does for any of us, for others it’s their biggest challenge.

High-functioning autistics, for example, might have relatively few outward signs of a communication problem at first glance. In casual conversation, they might come across as being completely neurotypical. Only in extended or more complex conversations would difficulties emerge—small tics of expression, inability to read facial expressions, a reflexive return to certain conversational topics, a failure to identify when it’s appropriate to stop talking about their interests, a failure to express interest in the things you bring up.

With low-functioning autistics, the issues are usually more obvious. They may not respond to conversational cues at all, even their own names. They may never make eye contact and refuse to speak about anything other than what is on their mind at the moment. They often have a complete inability to read the responses of the person they are talking with and may appear not to understand certain words.

While in some cases these difficulties are completely attributable to the effects of ASD, people with autism are also more likely to have a number of other accompanying disorders that can also affect their communication skills; things like:

Each of these diagnoses brings with it a new and equally challenging communication disability. Much of the work of applied behavior analysts in dealing with ASD will revolve around diagnosing and correcting communication issues.

Communication Problems May Stem From a Failure to Mimic

A delay in speech development is one of the key diagnostic criteria for autism, with many not learning any words until well after their second birthday. Autistic kids start off behind the curve in communication skills and are even more handicapped by other aspects of the disorder when it comes to catching up.

Many of these problems arise from the underlying mechanics of autism:

Whether for those reasons or others that aren’t fully understood yet, one theory holds that autistic children simply don’t engage in the ubiquitous childhood phase of mimicry that neurotypical kids go through. Scientists remain uncertain of the reasons behind their inability to mimic adults and others in their lives like other kids do, but without the ability to do so, autistic kids may never learn to develop or reinforce through practice the most fundamental aspects of communication:

All of those are important elements of communication; without those in the toolbox, kids with ASD have difficulty either understanding or conveying concepts to other people, even when they have the intellectual capacity to understand.

Since communication is so fundamental to the human experience, there has been considerable focus in autism treatment to deal with communication problems. In fact, communication is often the single most important focus of ABA therapy. In general, the earlier this treatment begins, the more successful kids will be over the long term, through adolescence and into adulthood.

A five-year study conducted by the University of Washington on toddlers as young as 18-months used multiple ABA techniques combined with playful interactions to provide therapy. Compared to a control group, the patients receiving the treatment (called the Early Start Denver Model, or ESDM) improved in measures of intelligence, language use, and social interaction.

Discrete Trial Training (DTT) is another common ABA technique that has been shown to be successful in improving communication skills. A number of different studies have proven the efficacy of this approach in improving expressive language skills in autistic children.

Naturalistic and developmental ABA approaches have also been used successfully. In some cases, as with the ESDM study cited above, some participants show improvement to the extent that they are no longer diagnosed with autism by the end of the program, but instead some lesser degree of developmental disability. Like any skill, communication skills can be taught, and ABA has proven to be one of the most effective teaching methods.