Why is OCD so Common in Children with Autism? 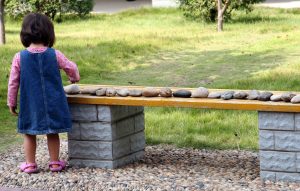 Somewhere in America, two children in separate homes wake up in the morning and began their day with a ritual. Proceeding immediately to their closets, they check to see that their collection of toys are there, aligned precisely as they were left the night before– counting them carefully to make sure they are all there and in the proper order

This pattern might occur several times throughout the day, with such a degree of obsession that the child will throw a tantrum if anything gets in the way of their obsessive stock-taking ritual. If anything goes wrong—a toy goes missing, the storage space changes, anything disrupts the process—the results can be devastating to the child.

One of these children has been diagnosed with obsessive compulsive disorder (OCD) and the other with autism spectrum disorder (ASD)—but their outward repetition of a compulsive behavior in this instance is nearly identical.

Autism and OCD are separate conditions, even though many of the behavioral symptoms overlap. Both ASD and OCD patients engage in repetitive behaviors that appear compulsive, and both can become agitated or even combative if someone attempts to stand in the way of those behaviors.

The similarities between the symptoms of these disorders can be difficult – sometimes even impossible – for doctors and psychiatrists to tell apart. Making matters more complicated, these are not mutually exclusive conditions. A 2011 study found that approximately 17 percent of people with ASD also have obsessive-compulsive disorder, with the same thought patterns and behaviors as someone diagnosed with OCD who is not on the spectrum. In contrast, only a little over one percent of the general population is diagnosed with OCD.

The Symptoms are Similar, but the Treatment is Very Different

ASD often comes with plenty of other troublesome psychiatric disorders – everything from anxiety and depression to emotional dysregulation… and, of course, obsessive compulsive disorder – but researchers still have no clear picture as to why. One 2009 study found indications of similar responsiveness to pharmacological treatments and some common patterns in neuroimaging that suggest a similar type of structural abnormality in the brain that could be behind both ASD and OCD. And a 2015 study in Denmark found it likely that the two disorders share a similar genetic basis, although the suspect gene sequences behind either disorder have not been identified.

Despite the similarity of the symptoms and the likelihood that they both originate from the same brain abnormalities, the disorders are different enough that they cannot be effectively treated in the same ways. For example, SSRIs (Selective Serotonin Reuptake Inhibitors), a type of antidepressant medication, are often used to treat OCD but have been found to be largely ineffective in treating ASD symptoms.

The Level of Mindfulness Behind the Behavior is Also Very Different

Compulsions originating from ASD have been shown to moderate over time, as the patient becomes older… in contrast, OCD-driven behaviors are often maintained or even become more intensive as the patient grows older and the obsession becomes more entrenched.

Regardless of the origin of the behaviors, they can be harmful to the individual suffering from the respective disorder. This can either result from direct harms, such as a compulsion toward hand washing that physically damages the skin, or indirect, such as focusing on an obsessive behavior to the exclusion of activities like studying or socializing. Treatment is order for both those with ASD and OCD, but distinguishing between the disorders is important when it comes to determining the right course of treatment…

Since the conditions are often comorbid, however, combinations of these types of treatments are often called for, and because there are often other symptoms arising from ASD that also respond to ABA therapy, it remains the primary treatment, and the one proven to be most effective.