What is an Autistic Savant? 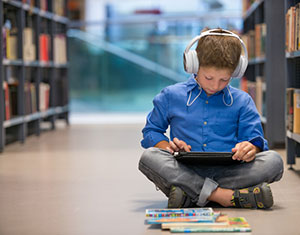 On a mild fall day in 2009, an Englishman named Stephen Wiltshire climbed into a helicopter in New York City and was quickly whisked from the ground. For a brief 20 minutes as the chopper arced through the crisp blue sky dotted with puffy white clouds, Wiltshire gazed out the window, taking in the breadth and scope of the metropolis of 8.3 million people going about their business below.

After landing, Wiltshire was taken to the Pratt Institute in Brooklyn. On a 19-foot long swatch of white paper, using a series of fine-tipped black pens, he began to draw.

Seven days later, a complete, building-by-building rendition of that aerial view, correct in every detail, was sprawled across the paper. Three hundred and five square miles of some of the most dense urban construction in the world had flown into Wiltshire’s brain in those twenty minutes in the air and flown back out through his hands onto the paper—just as it had looked that day.

Wiltshire is an autistic savant: an individual with autism spectrum disorder (ASD) who also has extraordinary talents of mind and coordination, naturally exceeding the abilities of professionals who may have practiced similar skills for a lifetime. For Wiltshire, however, recalling and drawing the cityscapes in the utmost detail is as easy and unremarkable as making a random doodle.

Wiltshire was diagnosed with autism at the age of three. He was unable to speak and could only communicate non-verbally. He developed an early fascination with automobiles and developed an encyclopedic knowledge of American cars with details of their specifications and production. Such elements of hyper focus and obsession are common to many autistic individuals.

There is nothing typical about his drawing skills, however. At the age of seven, Stephen began to draw the buildings of London. His work was extraordinarily detailed; architecturally accurate down to the finest features. Still unable to speak, he communicated through his drawings. At eight, he landed his first commission. He didn’t learn to talk for another year, but by then he was well on his way to worldwide recognition. In 2006, at age 32, Wiltshire was made a Member of the Order of the British Empire and opened a permanent gallery on the Royal Opera Arcade in London.

Many people have a natural fascination with autistic savants. After all, what is more incredible than a person who appears deeply disabled in most respects but has powers that are almost super-human in other ways? In different cases, savants have exhibited the ability to:

These abilities seem nearly supernatural and draw a considerable amount of attention. But this fascination also leads to a lot of misconceptions.

Some of the most damaging are those that assume that all savants are autistic. This is far from the case; in fact, only about half of all savants suffer from autism. Savants are, however, more likely to at least have some symptoms common to ASD. There is also a strong positive genetic correlation between the two phenomena. Studies have shown that families with an increased likelihood of having autistic children also have an increased chance of producing savants.

And savantism is more common among autistic individuals. In fact, about 10 percent of people with ASD are recognized savants. Within the general population, they make up only about 1 percent of people. And, although they often suffer from developmental disabilities, not all savants are disabled in other ways—some are simply typical individuals in every way other than their particular savant skills.

But being a savant does not exempt autistic individuals from the typical developmental issues associated with ASD. They still suffer from communication deficits, language developmental delays, problems with social interaction, and sensory issues.

The fact that many savants are not autistic helps us understand more about autism itself, however. Not all savants are born with their capabilities; some only acquire them after suffering brain injuries. This has allowed scientists to determine, with some degree of precision, the part of the brain responsible for the extraordinary capacities: damage to the left anterior temporal lobe has been shown to cause the condition. Experimental efforts have used transcranial magnetic stimulation to temporarily disable that part of the brain, resulting in temporary savant-like skills in tests.

Just as males outnumber females in autism diagnoses, they far outnumber them in cases of savantism too. Only about one out of every six savants are female. Some preliminary studies indicate that this difference may be due to late-stage developmental impairment in the left hemisphere by extra testosterone exposure in a male fetus. That finding may also have bearing on why autism is more common among boys. Though many questions persist, this offers one more clue to the course and causes of the disorder.