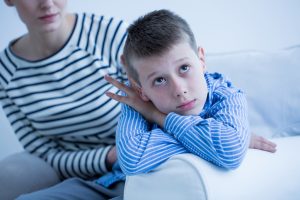 Reinforcement is the backbone of the entire field of applied behavior analysis (ABA).

ABA is built on B.F. Skinner’s theory of operant conditioning: the idea that behavior can be taught by controlling the consequences to actions. The primary way that the teaching is performed is through the use of reinforcement to either increase or decrease the likelihood of a certain behavior occurring the next time a given set of circumstances occur.

This is a basic application of logic to the central three-term contingency, or the so-called ABCs of ABA:

ABA therapists sometimes modify the antecedent, changing the environment to lead to different behaviors, but most commonly they are working with environments that are fixed or already ideal in some way—a classroom, the kitchen at home, a scene in a public venue like a store or street.

In those cases, manipulating the consequences may be the only available tool for changing behavior. That manipulation is largely the role of reinforcement.

A basic example is the classic one: Johnny is given a homework assignment at school (the antecedent). At home, he finishes up the assignment promptly (the behavior). As a result, he is allowed to go out and play before dinner (the consequence). The reinforcement of being allowed to do something he enjoys because he gets his homework done on time will, all other things being equal, encourage him to continue doing his homework.

That example is a common one, but it is also enormously simplistic. In the real world, reinforcement can happen through unlikely or unconsidered mechanisms and frequently supports behaviors that you don’t want.

For instance, if Johnny has a learning disability or some other mechanism outside his control that prevents him from finishing the homework, there is no opportunity for positive reinforcement to occur. He may throw a tantrum or otherwise be disruptive in his frustration, and in exasperation, his parents may let him out to play.

Figuring out when and how to apply reinforcement in a systematic way that leads to an increased likelihood of desirable behaviors is the business of applied behavior analysts. To do this, they have to consider a number of aspects of reinforcement:

For example, offering a child candy for cleaning his or her room is a positive reinforcer. Keeping them grounded until they clean it is a negative reinforcer.

Both can work, but negative reinforcement is often associated with aversive therapies—punishment—which are increasingly frowned upon in most ABA circles. Still, there are negative reinforcers that are simply naturally present in the environment which are unavoidable. Overeating that results in a stomach ache, playing outside without sunscreen that results in a sunburn… these are consequences that shape behaviors.

Contingent reinforcement is simply using reinforcers dependent on a specific behavior. It’s a technique that might be seen as the core technology behind applied behavioral analysis, since it allows a therapist, parent, or caregiver to exercise discretion and guidance in reinforcing a certain beneficial behavior—and to avoid providing reinforcement for undesirable behaviors.

Non-contingent reinforcement is effectively random and rarely serves as a good tool. This does affect behaviors, but usually not in a controllable way—learned helplessness is the most common response. But it is used in some cases to desensitize a response to certain implicit rewards that may otherwise result in fixation and inappropriate behaviors. A child with autism who has outbursts in class to draw the attention of the teacher, for example, might instead be given that attention at intervals that are independent of the tantrums. This reduces the association of the two and can result in less problematic behavior.

The difference in using contingent reinforcement is that it allows the patient to make definitive associations in their mind between the proper behavior and the consequential reward. One example of a contingent reward is when a child who agrees to brush their teeth and get into their pajamas without fuss at a certain time is then read a preferred bedtime story. Without the proper behavior—getting read for bed without a tantrum or objections—no story is read.

There are four basic types of differential reinforcement used by most ABAs:

Once you’ve been exposed to all these various aspects of reinforcement and contingency, you’ll start viewing the world in a different way. Any behavior can be seen in light of what reinforces it, and you will begin to see how you can use reinforcers to help control behaviors.