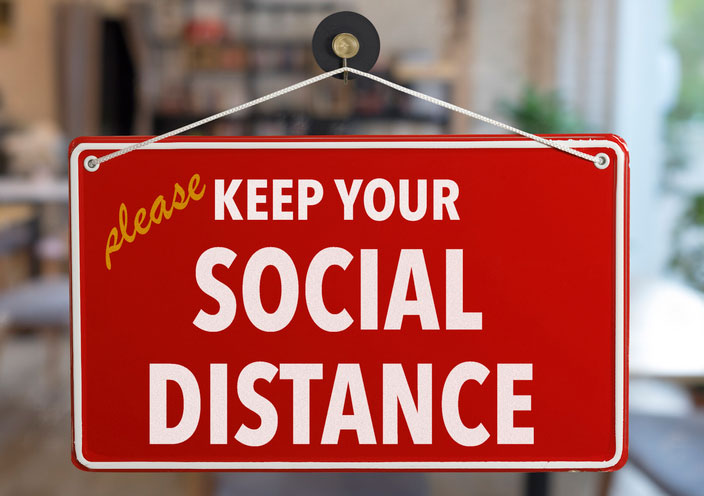 Applied behavior analysts, assemble! Your moment to save the world is upon us.

As COVID-19 ravages populations across the planet, it’s becoming clear that the one easy, effective, ultimate counter to the disease is primarily a behavioral one: social distancing.

The American public is ingrained in learned behaviors that are highly dangerous during a pandemic. Our natural responses in times of tragedy are overwhelmingly to gather together. People going through their normal patterns in troubled times gather in groups in small spaces like bars, restaurants, and in our own homes with friends, not to mention the larger gatherings that take place in public spaces. And that’s all to say nothing of the urge to seek out normalcy in daily routines, like hopping on mass transit and going to farmer’s markets, malls and offices filled with other people.

These are extremely dangerous actions with a virus as deadly and virulent as SARS-CoV-2 making the rounds. The practice of maintaining a deliberate space between one another is one of the most proven methods of stopping such a virus.

Yet as easy and effective as that solution is, the general population is having a lot of trouble getting it through their heads that their lives and the lives of others depend on keeping a 2-meter distance between themselves and anyone they don’t absolutely need to get closer to.

But distancing is a behavior, and like any other behavior, it can be modified through the standard tools and practices of applied behavior analysis. 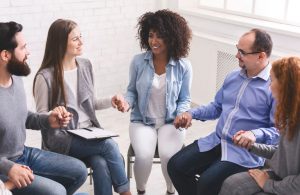 Not Every Behavior Analysis Technique Is Appropriate!

Applied Behavior Analysis has many techniques that can help train the population in this technique, however. We’ve gone through all of them, and had to reject a few that might be counterproductive:

But that still left us with 7 proven ways that the principles of ABA can be applied to encourage social distancing until the coronavirus is a distant memory: 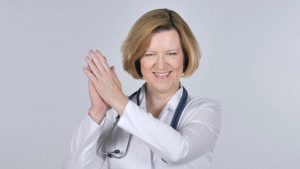 Old reliable, this is one of the most time-tested and proven techniques in the ABA bucket. It’s already starting to have some effect in many areas of the country, where simple community affirmation is offering kudos to individuals who find ways to stay indoors and stay productive through the crisis.

The popular #flattenthecurve meme and associated graphic also offers a simple way to help individuals feel like they are making a contribution to the greater good by staying home and not mingling. And numerous governors are offering praise and support to organizations that are finding ways to keep their workers at home through the crisis. As one of the most effective ABA tools for general behavior modification, positive reinforcement is doing most of the heavy lifting in pushing social distancing on the population.

Of course, it doesn’t hurt that the downsides of becoming infected with COVID-19 are doing their part to scare people into submission. Although this risks putting the public in a panic, the consequences of acquiring COVID-19 are being widely publicized and helping people imagine the very bad things that may happen to them or their loved ones if they don’t distance now. 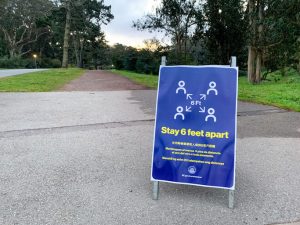 Offering cues, or assistance, in adopting social distancing behaviors is one of the most important tools that behaviorists have to offer. People mean well, but it’s very easy to forget what you are supposed to do in the face of ingrained behaviors they’ve had for their entire lives.

Simple prompts, such as posted signs on the does and don’ts of social distancing, are a good start. A simple hand-printed sign at the start of a grocery line to remain six feet apart can have good effect. In many nations, restaurants, transit agencies, and other places where people congregate have begun the simple expedient of taping red Xs across every other seat or at facing tabletops to remind people not to sit in vulnerable positions. Behavior analysts know that simple nudges can go a long way toward helping people do the right thing.

Generalization can take behaviors or habits that people have already mastered and help them with adopting those behaviors in new circumstances. A pandemic is definitely a new circumstance for every one of us, but some of the behaviors that we are expected to take on are not necessarily new in other contexts.

For example, many people have learned how to take infection control precautions in hospitals when dealing with newborns or immunocompromised friends or family. We all know how to wash our hands thoroughly after changing the oil in our car or changing baby diapers. Generalizing those skills into our everyday lives now offers an easier path than trying to put it all together from scratch. 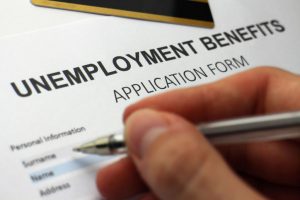 Of course, the most obvious implementation of a token economy in these troubled times would be to switch over to toilet paper as the base currency of the country, with those engaging in proper social distancing being rewarded with a 12-pack of Charmin.

Jokes aside, token economics are already coming into play to help encourage social distancing in the form of actual money being pumped into the unemployment system, with additional aid for individuals and corporations on the horizon. By complying with the rules outlined for social distancing, people who otherwise have to worry about their income and livelihood can be rewarded for staying home thanks an unemployment benefits system that’s being revamped to accommodate the current situation.

Setting a good example is always important for leadership in times of crisis. With a notable exception, many mayors, governors, and other public figures have done their part to demonstrate how social distancing works. Their actions offer a model for the general public to follow for good practices of hygiene and health.

There are other models that are being set and distributed as well to get us through the crisis: how many people were aware of touching their face before? How many knew proper hand washing techniques or the Happy Birthday Song trick? A society-wide modification of many pandemic-risky behaviors is already underway through the good examples being set by both leaders and individuals. 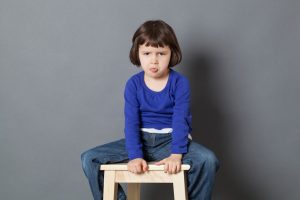 Much better known by the general public as the dreaded “time out,” contingent observation offers consequences for breaching social distancing standards. Of course, we already have this in the adult world… it’s called “being arrested.”

Although the authorities would vastly prefer not to do so, some states are already putting in place legally enforceable social distancing rules. It may be the last and the most serious tool in the ABA bag, but it will likely be put into play before the crisis concludes.

Although it’s not an ABA technique, there is one characteristic of the profession that, more than any other, is useful right now. And that is the belief in the scientific, evidence-based ability of human beings to alter their behavior for the better. With a little help and prompting from the ABA community, we could very well get through this thing a little faster.