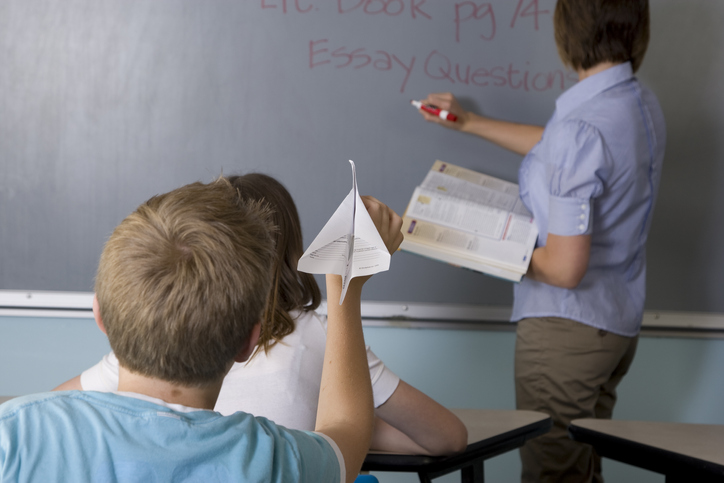 ADD and ADHD are two names for the same clinical diagnosis. ADD, or attention deficit disorder, is a somewhat older term referring to the same disorder as the newer ADHD, or Attention-Deficit Hyperactivity Disorder. Parents and clinicians sometimes only refer to the attention deficit component of ADHD, and sometimes still use the old term, ADD.

It’s still a bit of mystery as to exactly why it happens, but it definitely happens: some kids just can’t sit still or pay attention and it’s not because parents are doing anything wrong. No amount of scolding, yelling, bribery, or other traditional disciplinary techniques will have any effect. Instead, it has more to do with how the kids’ brains are wired rather than being purely behavioral in nature.

It’s a genuine mental disorder, the roots of which are likely genetic but remain undiscovered. Over the years, it’s gone by different names: For a while it was called, “Minimal Brain Dysfunction and Hyperkinetic Reaction of Childhood.” Today, it’s mostly described as either Attention Deficit Disorder (ADD), or more commonly, Attention-Deficit Hyperactivity Disorder (ADHD).

And it’s a big driver behind the growth and success of applied behavioral analysis in the United States.

No Matter What It’s Called, ADD or ADHD is Widespread

It’s estimated that anywhere from three to five percent of adults have ADHD, carrying it over from childhood.

Boys are more likely than girls to be diagnosed with the disorder, with the CDC indicating almost 13 percent of boys versus just over 5 percent of girls were affected in the United States as of 2016. More than 60 percent have co-morbidities, commonly with other behavioral disorders.

That makes ADD and ADHD a natural fit for treatment with behavior analysis. But before you can treat it, you have to understand the difference in ADD vs ADHD.

What is The Difference Between ADD and ADHD? 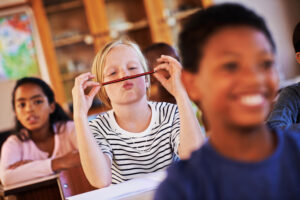 With so many children and adults affected by this disorder, there has been a lot of debate and confusion over what to call it. Depending on how old they were when they were diagnosed, what the perspective of their therapist was, or what their own personal view of the disorder is, people who are affected may call the same type of symptoms ADD or ADHD. The terms are used interchangeably, though ADHD is recognized as the current, official term.

Fortunately, we can always look to the official diagnostic standards in the psychology community to really answer the difference of ADD vs ADHD.

The biggest difference between ADD and ADHD is that ADD is obsolete terminology that is no longer used as a formal diagnosis.

You can’t have an apples-to-apples comparison of the terms because ADD hasn’t been formally defined as a diagnosis since 1987 in the Diagnostic and Statistical Manual of Mental Disorders, or DSM. That’s the standard manual used by medical and psychology professionals to diagnose any type of mental disorder. The manual is currently in its fifth edition, and is usually called the DSM-5.

ADD used to be a featured diagnosis in the DSM, beginning in 1980 with the release of the DSM-III as Attention-Deficit Disorder, with or without hyperactivity.

In 1987, that was changed to Attention-Deficit Hyperactivity Disorder in the DSM-III-R revision.

Although ADHD meant the same thing as ADD, the definition was still too fuzzy for many clinicians. In 1994, with the release of the DSM-5, ADHD was further refined to include three distinct presentations:

Each of these was included under the ADD canopy when that term was first used. None of them, however, is the same as ASD (Autism Spectrum Disorder), despite sharing some symptoms and frequently being encountered together.

Learn the difference between ADHD and ASD symptoms in children.

Some people still referred to ADHD-I, the type without hyperactivity, as ADD. But that’s not clinically correct.

Are ADD and ADHD the same thing?

Yes, both ADD and ADHD are terms used to refer to attention deficit disorder, with or without hyperactivity. You will find that different people may use the terms interchangeably while others insist that ADD is a better reference for the type of ADHD with inattentive presentation.

Attention Deficit Disorder is a mental disorder that involves a difficulty in focusing, as well as trouble controlling personal behavior. It usually manifests initially in children and includes sustained symptoms such as:

What is inattentive ADHD?

Inattentive ADHD is the non-hyperactive form of ADHD. It manifests through inattention, distraction, disorganization, and absent-mindedness rather than more actively disruptive symptoms. It may seem like individuals with this condition are frequently in their own world. Girls and women are more likely to experience this subtype of ADHD than boys or men.

What is hyperactive impulse ADHD?

Hyperactive-impulsive ADHD includes many of the symptoms of inattentive ADHD but includes fidgeting or squirming, incessant talking, impatience, and a tendency to interrupt others. ADHD-II is characterized by high energy levels, poor impulse control, and difficulty responding to social cues in different contexts.

Is There a Difference Between ADD and ADHD in Behavioral Therapy Treatment? 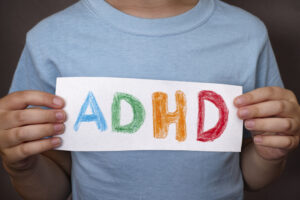 No matter what you call them, all three presentations of ADHD are treatable through the standard techniques of applied behavior analysis. Since ADD is just a subset of what we call ADHD today, there’s no real difference in treatments between the two.

In fact, ABA therapy for ADD and ADHD is one of the few scientifically proven treatments available. According to the Clinical Psychology Review, behavioral therapy should be the first choice for treatment in mild cases or in preschool age children. Catching the disorder early and applying consistent and effective behavioral therapies can keep cases from getting to the point where medication becomes necessary.

There are plenty of tools in the ABA toolbox to handle ADHD, but some of the more common therapies used are:

Because ADHD-II is a more passive form, it opens up some other options for behavioral treatment. One of the big challenges in treating type I is the sheer volume of time that authority figures usually spend on simply saying no to energetic kids. That creates an overwhelming tide of negative reinforcement that the ABA therapist has to overcome.

Type II patients don’t provoke the same kind of responses from the other caregivers in their lives, which can open up more options for different kinds of therapy. Differential reinforcement, for example can find more purchase with inattentive patients since they aren’t already bombarded with so much negative feedback.

How is inattentive ADHD treated?

Inattentive ADHD is responsive to just about any type of behavioral therapy technique. Many cases are treated with a combination of behavioral approaches and medications, usually stimulants such as Adderall or Ritalin. That means that cases must be treated by both medical doctors, who can prescribe those drugs, and behavior analysts who can design and implement behavioral therapies.

Parents and Teachers Become Therapists For Both ADD and ADHD Patients 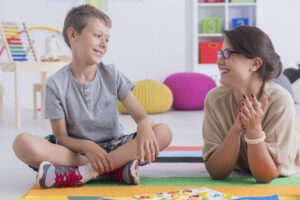 Some of the key training that behavioral therapists can do for all types of ADHD, however, don’t involve the patients at all. Instead, training parents and teachers to better handle ADHD-linked behaviors is some of the most effective therapy.

That’s because even the best ABA therapist can’t be with a kid 100 percent of the time. And therapy sessions can introduce key techniques, but they can’t provide the kind of constant reinforcement that really makes the difference in behavioral issues.

That means that in some sense people who are with the ADHD patient most essentially become an analog for the therapists. And the therapists themselves learn how to train those people to perform the appropriate types of reinforcement. Equally importantly, they train them how to scale their reinforcement and to avoid inadvertently reinforcing the wrong behaviors.

The gut reaction of many authority figures when dealing with kids with ADHD leads to exactly the wrong kind of reinforcement… yelling or reacting strenuously when a kid is acting out is a form of reinforcement that might actually increase the problematic behavior.

That’s why behavioral therapists often find themselves in the lead when it comes to managing ADHD cases of all kinds, both in schools and in home environments.