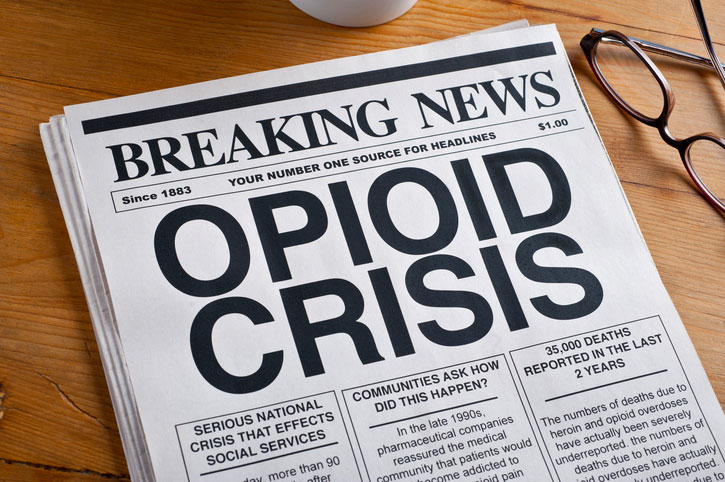 Unless you’ve been living under a rock for the past couple of years, you’re well aware that the United States is facing a drug addiction crisis of immense proportions. Opioids are cutting a swath through America. No class, no race, and no category of citizen has been exempted.

One-hundred fifteen people will die today from an opioid overdose.

Between July 2016 and September 2017, overdoses nationwide increased by 30 percent. Middle America has been hit particularly hard—during that same timespan, overdoses in the Midwest jumped by an astonishing 70 percent.

It’s the most widespread and deadly drug crisis in the nation’s history. If you’re an ABA, you’ve probably already seen it up close. The entire medical and therapeutic industry has been rocked by the issue.

And like other providers, ABAs have taken their place on the front lines of the epidemic to treat and prevent opioid addictions.

Support For Behavioral Treatments Has Been Slow in Coming

Drug addiction can be viewed as an operant behavior and, as such, can be modified with the proper use of applied behavior analysis principles and methods.

As the crisis in opioid addiction began to emerge in the late 1990s, ABAs were among those that were confronted with the difficult task of treating addicts. Confronting both medical and judicial systems that were not geared for dealing with the public health crisis as it developed, ABAs were forced to push hard for behavioral approaches to addiction treatment to be accepted.

In 2013, the Journal of Applied Behavior Analysis published a special issue on the behavior analysis and treatment of drug addiction.

But the primary response to the issue remained a matter for criminal justice rather than therapy. The wealthy and well-connected could angle for an ABA-oriented treatment program. The less well-off could only hope the prison they ended up in would incorporate ABA treatment sessions for addicts.

These treatments include long-proven conditioning techniques like Voucher-Based Reinforcement and Prize Incentive Contingency Management. With piles of experimental evidence on both human and animal subjects, those techniques have proven applicability in modifying addictive behaviors through the use of contingent rewards. Although recidivism outside the constraints of the program has been a real problem, the treatment is one of the most promising in the ABA toolbox when it comes to dealing with opioid drug addicts.

It’s an approach that works—if only society would start to use it.

One of the major causes of the delay in effective national approaches to treating opioid addiction has been the mindset among both the public and officials that drug use is a primarily criminal act.

Behavior analysts understand that it is simply another sort of behavior, however, one that can be either reinforced or extinguished by various methods. The criminal approach has been wholly unsuccessful in extinguishing the issue, focused on general punishment rather than alternative reinforcement.

One of the most important roles for ABA, then, may be in helping government official and the general public view opioid addiction as primarily a behavioral issue. This opens minds—and eventually, funding sources—to treatments that are both more humane and more effective than simply sending addicts to jail.

Ounces of Prevention Beat Pounds of Cure: The ABA Role in Diminishing Addiction in the First Place

Applied behavior analysis also has a role to play in preventing opioid addiction from occurring in the first place. According to the National Institute on Drug Abuse, almost 30 percent of people who receive prescription pain medications misuse them.

One way to reduce that path to opioid addiction, then, is to focus on pain management techniques that do not require prescription medicines. ABA offers at least one potential route to treatment that doesn’t include drug therapies, or can be combined with non-opioid medications.

ABA has long been used in conjunction with other types of treatments to deal with chronic pain. Depression is a common side effect in those cases, and a psychotherapeutic or behavioral treatment component is often prescribed as an adjunct to drug therapies.

But operant-behavioral therapies can also be used on their own to help manage pain and pain behaviors.

ABAs use such techniques to reinforce healthy behaviors and to train sufferers—and, equally importantly, usually their families—to ignore and minimize pain-linked behaviors. This can help increase functionality and diminish pain reinforcement without extensive use of strong painkillers. That removes a potential link on the path to addiction.

Is The Tide Turning In The Opioid Addiction Crisis?

It’s far too soon to know if the low point in the epidemic has been reached. Only in retrospect will it be clear when the response starts to gain ground.

But if nothing else, it’s clear that the alarm has finally been sounded and heard. Although the response of the Federal government has been slow and remains lackluster, the public discussion now revolves around the deficiencies in that response, not around whether or not it is necessary.

Official organizations are also moving forward with their own ways of emphasizing broad responses to the crisis. In November of 2018, ABAI (the Association for Behavior Analysis International) will hold a special conference on Substance Use and Addiction in Washington D.C.

The conference will serve as an important brain dump to the rest of the community from ABAs who have been specializing in addiction treatment and research. Their latest findings and treatment approaches will be disseminated to attendees, and an effective cross-pollination of ideas and techniques is expected.

The contingency management approach is expected to be highlighted, with sessions on treating impulsivity, using delay discounting, and exposing the details of reinforcement pathology.

The conference represents a decisive and important independent approach to addiction treatment by the ABA profession. As it happens under the nose of the federal government, ABAs can only hope that it helps influence public policy to provide additional assistance in addressing the epidemic.