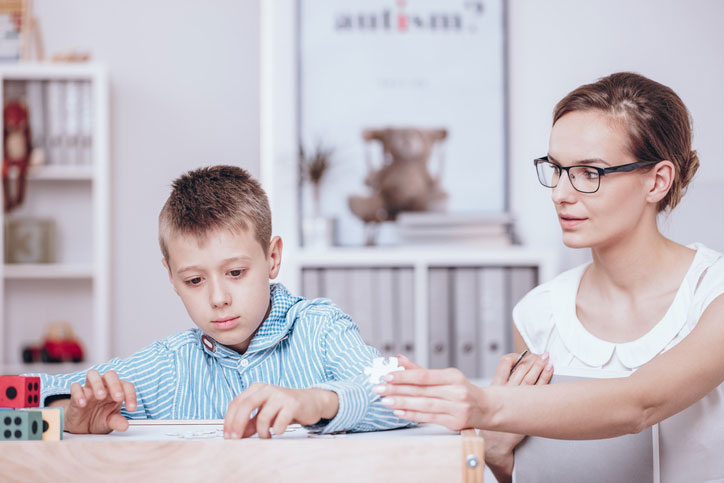 There are many fears confronting a parent when they learn their child has autism. And each stage of development brings its own set of challenges and new concerns. When a parent first receives the diagnosis, the initial weeks and months that follow are often a barrage of information, searching for answers, and seeking help.

Help is out there, but it can be hard to sort through all the opinions, claims of magic cures, and the expensive therapy options being presented.

Of all the treatments available, one has scientific evidence to back up its efficacy and has seen a lot of growth in the past decades: Applied Behavior Analysis (ABA).

ABA First Came on the Scene in a Very Different Time

Applied Behavior Analysis (ABA) is different from other methods because it’s focused on just one thing: Changing a person’s behavior. There have been many peer-reviewed studies over the years that prove the effectiveness of ABA. It’s been around for decades and had great success in the autism community.

But just like many things in life, ABA has its champions and its contenders. When it was first named by Dr. O. Ivar Lovaas almost a half century ago, it was also a time when electroconvulsive shock therapy (EST) was still in use, the human genetic code was sci fi, and kids with autism were often institutionalized.  Today EST has been eliminated, the human genetic code has been cracked, and toddlers are no longer sent to live in asylums.

The Rise of Pseudoscience Cures

Because ABA was founded so long ago, some may consider the basis of the science to be outdated, and its methods antiquated. They opt instead for current pseudoscience claims and cures. According to physicist Robert Park, pseudoscience is represented by claims that are supposedly made from well-established scientific evidence. Often, however, the evidence can be misinterpreted, misunderstood, or completely missing altogether.

It’s often the desperation of overwhelmed parents that lead to participation in such unscientific therapies. Such was the case of Abubakar Tariq Nadama, a Nigerian boy, who in the summer of 2005 died from an intravenous chelation treatment. The young boy had autism and partook in a doctor prescribed program for removing metals from his body.

Tonya N. Davis, Ph.D., assistant professor of educational psychology in Baylor’s School of Education and co-author of the study, Chelation treatment for autism spectrum disorders: A systematic review, states that “Most parents believe in ‘leaving no stone unturned’ when trying to treat their children with ASD and are willing to try anything they believe might help their child.” Even though roughly 7% of parents of children with ASD have tried this therapy, this study claims it is unproven and – as in the case of Abubakar – can prove fatal. Yet there are those who also claim that scientifically-proven therapies are detrimental.

Some adults who have ASD and went through ABA therapy as children  claim it was harmful despite all the scientific evidence to prove otherwise. And some adults have claimed success such as 23 year old Alex Lowery who said, “If I hadn’t had the ABA, I don’t think I would have the same level of control over my anger that I have. I can still feel very angry inside, but I am in control of my actions. I also think I would have very little social skills. I still struggle socially to a significant degree, but I think I would be utterly clueless socially without the ABA. I might struggle more with my senses as well. I still have some sensory issues, but as a child, I couldn’t even walk into a shop because my senses were so heightened. I was helped to cope with this in my therapy.”

ABA has a proven track record of success, but each individual practitioner may not. Virginia and Bob King spoke about their adverse experience with ABA in an open letter claiming the treatment was abusive. Sadly, what their child experienced, according to the ethics credo of ABA as described by the Behavior Analyst Certification Board, may not have been within the bounds of ethical ABA therapy.

Is ABA harmful? When properly administered by a caring, well-trained practitioner, ABA can make all the difference in the world for many with autism. Is it for everyone? That’s for the parent to decide. One thing is certain, in order to survive and thrive in our society, we all have to learn to remodel our behaviors – from toddlers to adults.

Modifying behaviors whether it’s for the autism community, people with anger issues, substance abusers, or simply teaching a neurotypical three-year old that screaming and biting is improper behavior is what allows us to coexist. Otherwise we would have complete chaos and a meltdown of order and instability (think road rage gone wild). Until there’s a cure for autism, we must continue to use the best therapies available. Science has proven that applied behavior analysis is the right tool for the job.