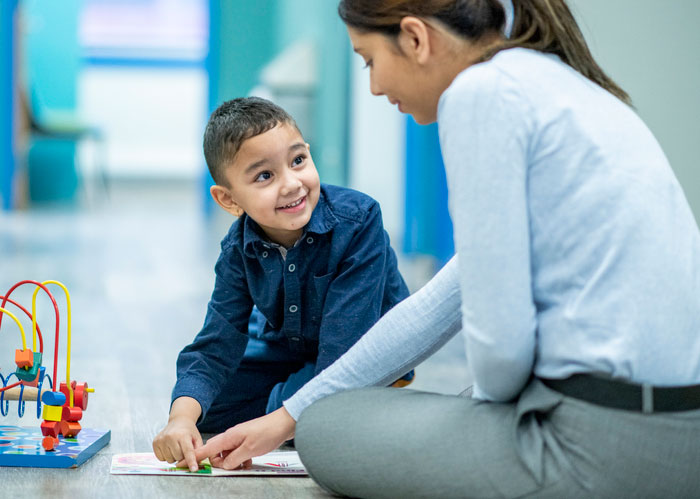 The answer to the big question – is ABA therapy only for autism? – is a big and resounding, yes!

In fact, it’s so wide-reaching in what it can do, we had to limit the scope of this article to the most popular applications, and the ones we feel are most relevant today. We encourage you to explore the many other guides we offer on this website for the ways ABA can be used to serve other populations, whether it’s adults and seniors, or even its use in animal training.

Applied behavior analysis can be used for any child, adolescent, adult or senior citizen who can benefit from behavioral therapy. It’s designed to promote healthy, positive behaviors in favor of behaviors that may be disruptive to the mental and social health of individuals. We’re talking about people dealing with everything from behavioral and even physical addictions to mental health issues like depression and anxiety to problem behaviors that arise from the diseases and disorders of aging, including everything from dementia to post-stroke pain management. It’s even used in animal training!

While ABA therapy is definitely best-known and most frequently used to treat children with autism spectrum disorder, ABA therapy for non-autistic children can be very effective too. In fact, one of the most perpetuated ABA myths is that this scientifically-backed therapy is only used to treat ASD. While it’s true that ABA therapy is the only proven and scientifically-recognized method for treating ASD and has high success rates doing so, children with other conditions can see improvement with ABA methods. In fact, the widely used strategies that qualified ABA therapists are trained in can promote positive behavior even as a classroom management technique for neurotypical students with no diagnosed behavioral or cognitive disorders at all.

What Else Can ABA Be Used For?

ABA for non-autistic children uses the same techniques to condition behavior and can be used for children with mental health disorders, side effects from injuries, and chronic conditions. So, what diagnosis qualifies for ABA therapy? Children with the following conditions can benefit from ABA therapy:

Ok – we’ve already established this one, but no list of what ABA can do is complete without mentioning ASD. As the leading approach for the treatment of autism spectrum disorder, ABA therapy is regularly used for both severe and high-functioning patients, and has successful results in all cases. The communication issues, challenges with social skills, agitation, and repetitive behaviors that characterize ASD can be greatly improved by the various strategies and tools in ABA therapy. ABA therapy for children with ASD focuses largely on communication, which in turn leads to improvements in both social skills and agitation. Many ASD patients are non-verbal while others have difficulty expressing themselves in an understandable way, which causes frustration and difficulty in relationships. ABA therapists work with children with ASD to help them communicate more clearly and to curb behaviors that are considered inappropriate. In addition, ABA therapy can help children with ASD develop self-care and life skills.

While ABA is not specifically designed to treat some of the characteristics of ADHD, like overactivity, impulsivity, or trouble focusing, it can be used to reduce these symptoms and to help children with ADHD interact appropriately with others. By using a reward system to encourage positive behavior with strategies such as token economy, in which conditioned reinforcers like stickers or small prizes that can be exchanged for special activities are used to reward children for appropriate responses, children with ADHD can be motivated to improve their social skills. An ABA therapist can also guide children with ADHD in being intentional with their bodies and to pause and consider actions before they take them.

Obsessive compulsive disorder is also often treated with behavior therapy. ABA can be used in combination with mental health therapy to help children with OCD cope with their disorder. For those with OCD, unwanted and recurring thoughts compel repetitive actions, or compulsions. While it’s typical for anyone to have distressing thoughts or repetitive behaviors occasionally, people with OCD experience them to such an extent that it disrupts daily life. Working through a behavior plan outlined by a qualified ABA therapist can reduce this behavior by promoting healthier reactions to negative stimuli. 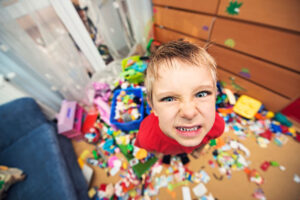 Oppositional defiant disorder is a mental health disorder in children marked by a persistent pattern of anger, irritability, arguing, defiance, and vindictiveness toward authority figures. Children with ODD often lose their tempers, are annoyed by others or deliberately try to annoy others, are spiteful, and argue with adults. Since children with autism spectrum disorder can also be irritable and seem defiant because of misunderstandings, ODD and autism are sometimes confused, but are very different conditions. ABA therapy can benefit children with ODD by conditioning them to act in healthier ways and discouraging them from the negative behavior characterizing the disorder. Rather than punishment, ABA changes behavior with praise and rewards, reinforcing desired behaviors.

Anyone who has been involved in a terrifying event can develop post-traumatic stress disorder, whether they experienced the trauma or witnessed it. What usually comes to mind when people hear PTSD is war veterans, but PTSD actually occurs in many people, including children, who have been abused or threatened, in a serious accident, or even in a natural disaster. People with PSTD have severe anxiety, flashbacks, and nightmares. ABA therapy isn’t the only therapy needed to treat PTSD, but it is beneficial in reducing the negative reactions to the memories. To treat PTSD, ABA therapists intentionally trigger the memories and work carefully with the patients to support and guide them in calming their reactive behaviors.

Like OCD, panic disorder is a condition related to anxiety that can be mitigated by ABA therapy. Where PTSD has a traumatic event to trigger episodes, the attacks brought on by panic disorder have no identifiable source. Children who suffer from panic disorder experience intense fear and may become breathless or dizzy or have heart palpitations, chest pain, or stomach aches. ABA treatment for panic disorder will likely utilize behavioral activation, or BA. With this approach, the therapy tries to engage the patient with pleasurable activities when they start to feel panic. The idea is to teach the patient that behavior can affect mood, which aims to give them more control over their attacks. Like with PTSD, the ABA therapy will identify triggers and confront them to form new positive responses.

Traumatic brain injury is the leading cause of disabilities in children. A blow to a child’s head can cause brain damage that affects how the child behaves, with some effects becoming apparent after the child has continued to develop. Some children with TBIs experience extreme emotional problems, movement difficulties, and impaired thinking. ABA can be used to modify behaviors to improve the quality of life for the child. With ABA therapy, a child with issues resulting from a TBI can be treated for problematic behavior related to aggression, anxiety, lack of motivation, or defiance. ABA therapy can also help TBI patients relearn social skills and basic tasks. ABA is a useful treatment in rehabilitating children with TBIs and helping them cope with their disabilities.

Applied behavior analysis is a powerful tool in helping people handle and overcome unwanted behaviors resulting from a wide range of conditions. If you think ABA is just for autism, you’re overlooking the potential benefits of ABA for children who have a range of other disorders or disabilities.