What Is The Neurodiversity Movement and Autism Rights? Looking Through A Prism of Positivity! 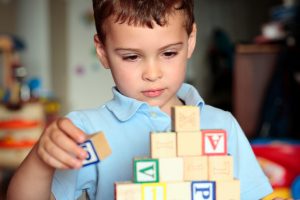 The neurodiversity movement is bringing a new perspective to a number of commonly diagnosed cognitive and neurological issues, and it’s no surprise that autism spectrum disorder has taken center stage.

Through the lens of neurodiversity rights advocates, the symptoms and behaviors of the people who would ordinarily be classified as non-neurotypical are simply normal expressions of human function rather than disorders to be diagnosed and treated.

There is no cure for autism and no serious understanding of why or how autism spectrum disorder comes about or acts on the brain to cause the effects that it does. The different behaviors commonly associated with autism, however, have long been identified: trouble identifying common social cues, emotional dysregulation, intense sensory sensitivity, trouble socializing and inability to read facial expressions, an obsessive singular focus on things of interest…

Although this group of behaviors taken together is what typically suggests the presence of autism, by themselves, those same behaviors are also found in people who are viewed as being neurotypical. We all know someone with poor social skills who has a hard time connecting with others… maybe you know someone who gets stressed out in loud, crowded places and prefers to be a homebody… any parent will tell you kids and teenagers have difficulty regulating emotions… and many of the most successful people are perfectionists who obsess over their business or trade.

This begs the question: Why would someone have to wear the label that comes with being diagnosed as having a “disorder” just because they exhibit a collection of behaviors that are found individually in many neurotypical people?

Neurodiversity advocates point out that our understanding (of lack thereof) of why certain behaviors are common in those with autism isn’t too different from our understanding of the workings of a neurotypical brain: no one has a deep understanding of why or how any of us prefer, say, the taste of salt to that of sugar… or why we get along with some people but not others… or why someone might be interested in movies but not television… or millions of other aspects of personality and preference that make us unique individuals.

The neurodiversity movement prefers to view individuals with autism and other cognitive or neurological impairments in a similar fashion – simply as people with normal human differences in behavior. The goal of neurodiversity rights advocates is to expand our definition of what is viewed as normal and acceptable rather than attempting to alter those behaviors as a matter of course.

It’s a debate that divides the ASD community and many of the professionals who treat autism.

Autism Was Not Always Autism

The argument for neurodiversity is that traits and characteristics that medical science now views as abnormal and in need of correction should instead be included in the normal range of human behaviors. They feel the definition of what is normal should be expanded to include some socially unpleasant, but not necessarily harmful or damaging, behaviors.

Along with the full spectrum of autism disorders, neurodiversity rights advocates believe a number of other developmental disabilities should be viewed as being within the spectrum of normal human behaviors, including

Still, autism remains the most prominent focus of the neurodiversity rights movement.

There is an argument to be made for the fact that for many, many years, the very same things that are now consider full-fledged disorders were not thought of as being worthy of a particular diagnosis or treatment.

After all, the “new epidemic of autism” can simply be attributed to higher rates of diagnosis, not necessarily to a higher rate of occurrence. In the past, people would have been treated as neurotypical individuals with some odd behavioral tics, whereas today those same people are labeled as having autism spectrum disorder.

For members of the autism rights movement, the goal is to find acceptance on those terms instead of being branded with a diagnosis that is, at best, subject to dispute: There are no blood tests or brain scans that can definitively diagnose ASD and many feel the criteria provided in the Diagnostic and Statistical Manual of Mental Disorders (DSM-5) are deeply subjective and open to interpretation.

Further, many autism rights advocates have a problem with the fact that issues related to the treatment and handling of the disorder are too often debated and decided without any input from people with ASD. Advocates argue that because people with autism fall into the range of average intelligence, it’s totally unacceptable that their own opinions and thoughts aren’t something that are weighed in deciding whether or not they need treatment, or when deciding the course of treatment that should be prescribed.

There are many members of the movement who believe that there is no need for treatment at all in most cases, and that treatments being forced on them are effectively efforts to alter their personalities without their consent. For them, neurodiversity represents the next phase of an ongoing struggle for civil rights for minority groups—in this case, autistic individuals.

What Do Critics of the Neurodiversity Movement Have to Say?

Critics of the neurodiversity movement allege that many autism rights advocates only consider, or belong to, the high-functioning end of the spectrum. They question whether leaving low-functioning ASD patients to their own devices is either morally acceptable or medically responsible.

Parents of autistic children who have watched their kids suffer from being ostracized and bullied due to their differences, and seen them become depressed and frustrated at their inability to fit it, also push back against the idea that treatment isn’t necessary. They believe that providing proper treatment in the form of applied behavior analysis and other proven effective therapies is the very thing that gives their kids the best possible chance at a normal life.

In the view of neurodiversity advocates, attempting to cure autism is like attempting to cure left-handedness or homosexuality. ABA, they claim, is an oppressive effort to repress the natural forms of expression that autistic individuals use. In their view, a better way to provide a normal life would be to accept those individuals as they are, not as society expects them to be.

The Whole Debate Started with ABA

For applied behavior analysts this debate is particularly painful, since it began in large part as controversy over ABA treatments for autistic patients.

A Canadian neurodiversity advocate named Michelle Dawson wrote a pointed critique of ABA in 2004 calling it unethical and misguided. Dawson, who has autism herself, testified in a trial in British Columbia that challenged the use of government funding for ABA therapy. The court sided with her in deciding that the treatment was experimental and should not be funded.

In the United States, the IDEA (Individuals with Disabilities Education Act) requires school systems to fund treatment for autistic children, but does not expressly state that the treatment has to be applied behavior analysis therapy. Within the school system, the objective of treatment is not to directly correct all autistic behaviors, but simply to support the child and provide an equal opportunity for them to learn to the best of their ability.

Today, applied behavior analysts understand that many of the behaviors they are asked to alter are motivated by perfectly natural attempts to communicate. In fact, in many cases their goal is to simply help the kids and adults they work with communicate more effectively—a goal that would benefit virtually any individual living with ASD.

Nonetheless, there is significant pressure to address and attempt to alter behaviors that are simply socially unpalatable rather than actually being harmful.

The debate over whether neurodiversity is something to be celebrated or treated is not likely to end any time soon. The ethical questions over behavioral treatments are not new, and they are still a long way from being settled.

However, most would agree that there are no absolutes. The decision to use therapy, the type and intensity of that therapy, and how involved the individual receiving that therapy would be in the decision-making process needs to be handled on a case-by-case basis with respect to the severity of each individual’s condition.